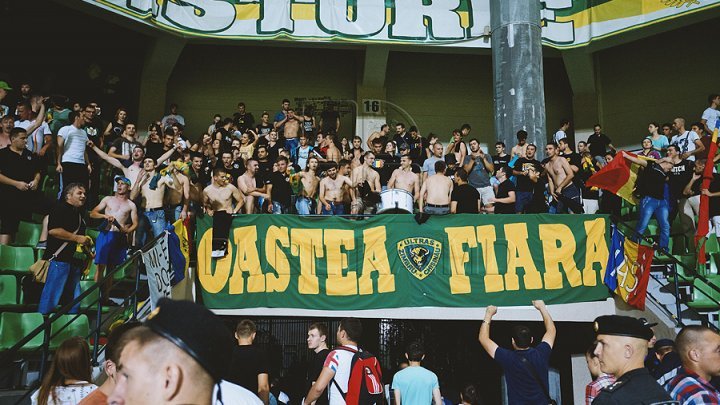 Supporters of Zimbru want to fight for the existence of the club. Fans are ready to finance "yellow-green" by their own money as the first team will play in new edition of National Division.

A group of 25 supporters of the Butucu Street group gathered in front of Zimbru's base.

"We as supporters will do everything in our power to repair the club situation. All our resources will reach the club ," a supporter said.

Ion Testemiţanu was introduced as one of the best football players in the history of Zimbru at the event.

"It's necessary to appeal to the municipality, to the people responsible for the development of the Moldovan football in the country: the government, the president. It's necessary to write a letter signed by everyone", said Ion Testemiţanu, a former football player Zimbru.

Zimbru's leadership declined to comment on the situation but said official statements will come in the coming days.

According to the footballers, they were announced that their contract would expire, and the patron Nicolae Ciornîi sent a message that he would no longer finance the club.