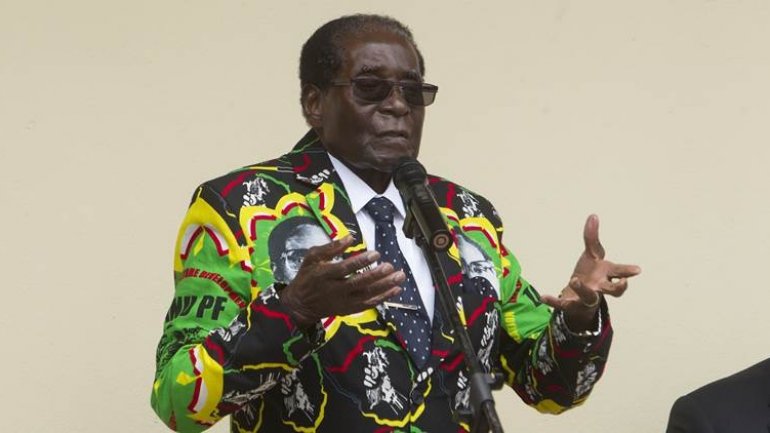 Zimbabwe’s 92-year-old president, Robert Mugabe, was endorsed on Saturday as the ruling party’s candidate in a national election scheduled for 2018, informs The Guardian.

The ruling Zanu-PF party announced its support in the south-eastern town of Masvingo, where the party’s youth wing proposed that Mugabe should rule for life with broad powers.

Opposition groups have described such adulation as a sign that Mugabe and his loyalists were out of touch with the desperation of a nation that is suffering massive unemployment, cash shortages and company closures.

Despite the praise, Mugabe has acknowledged that some people within the ruling party wanted him to quit. “Let us stop fighting each other,” he said, referring to the succession disputes that have engulfed his party.

Mugabe has been in power since the southern African nation’s independence from white minority rule in 1980. But a deteriorating economy has increased the pressure on him, and he has faced opposition protests in the past year.

The Zanu-PF party rallied around Mugabe at its annual conference and most delegates wore the party’s colors of red, green, black and yellow, as well as Mugabe’s portrait. Speaker after speaker extolled his virtues.

Cabinet minister Supa Mandiwanzira did so by making a pun about his own first name. “I am not super, Mr President. It is you who is super,” he said, introducing the leader.

Kudzai Chipanga, leader of the party’s youth wing, suggested that Mugabe’s identity and birth certificate should be changed to read “President Robert Mugabe”.

Mugabe, who won the 2013 election that was marred by allegations of voting irregularities, has seemed frail at times but still travels widely and has said he wants to live to 100.