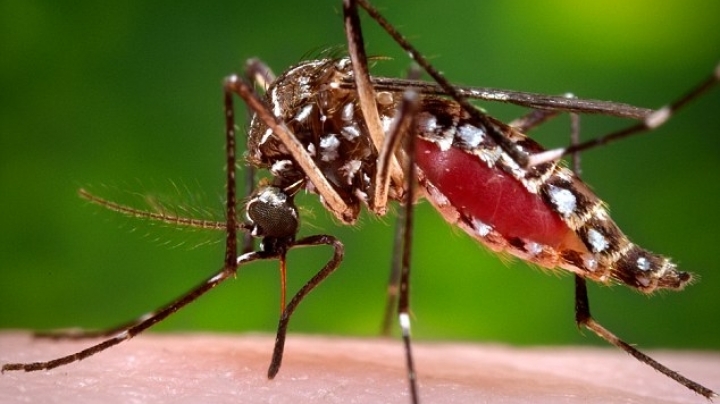 Until now, scientists have tentatively suggested that there may be a link between the virus and Guillain-Barre syndrome, when  the body attacks itself after an infection.

But new data reveals the most definitive link between the conditions.

The report, published as a letter to the editor of the New England Journal of Medicine, found that countries experiencing an increase in Zika diagnosis have seen an identical spike in Guillain-Barre cases.

While Zika's impact on babies has become the greatest concern, the epidemic all stemmed from a rise in Guillain-Barre cases.

Months before signs of birth defects were spotted in Brazil - the epicenter of the outbreak - doctors saw adults recovering from Zika infections appeared to have higher-than-normal rates of Guillain-Barre.

As scientists tried to investigate the link between Guillain-Barre and Zika, there was a spike in cases of microcephaly, a defect that leaves newborn babies with shrunken heads.

Within months, studies showed a direct link between Zika and birth defects.

And now, it seems the same could be said of Zika and temporary paralysis.

They evaluated a total of 164,237 confirmed and suspected cases of Zika virus disease and 1,474 cases of Guillain-Barre that occurred between April 1, 2015, to March 31, 2016, using data collected through official country reports.

As Zika infections waned in a country, incidence of Guillain-Barre waned as well, the team found.

Compared with pre-Zika rates, Guillain-Barre increased 172 percent in the state of Bahia, Brazil, which was hard hit by the Zika outbreak.

They saw similar increases in other countries, with Guillain-Barre cases rising 211 percent in Colombia, 150 percent in the Dominican Republic, 100 percent in El Salvador, 144 percent in Honduras, 400 percent in Suriname and 877 percent in Venezuela.

The team found no link between Guillain-Barre and dengue, a closely related virus that had been suspected as a contributor to the increase in cases.

Based on their findings, the researchers said Zika and Guillain-Barre 'are strongly associated,' however, they said more study is needed to prove direct causation.

Guillain-Barre causes gradual weakness in the legs, arms and upper body, and in some cases, temporary paralysis. Patients often require intensive care and a respirator to support breathing.

Given these demands, the researchers said Zika imposes 'a substantial burden' on populations in Latin America and the Caribbean, where some 500 million people are at risk.