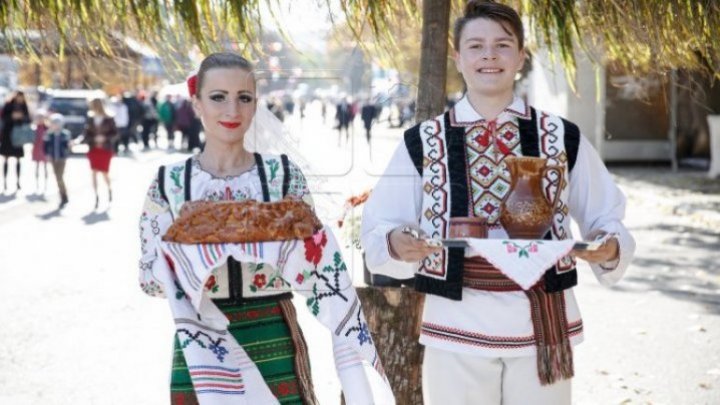 The surprises took place on Tuesday in Zberoaia and Bălăureşti villages in Nisporeni district where locals celebrated the locality anniversaries.

The locals attended exceptional concerts with the participation of famous artists from the country. The guests of the celebration included the leader of the Democratic Party of Moldova, Vlad Plahotniuc, who came with good gifts and good news. The people in these two localities claim that they have not had such beautiful holidays for a long time.

The locals in Zberoaia village began the morning feast at the church. In the evening, they gathered in the center of the locality, where they attended a concert with several performers, including Zinaida Julea and Adriana Ochişanu.

Many famous artists from Moldova and abroad, such as Ala Pugaciova and Filip Kirkorov, as well as Osoianu sisters can be admired at the feast.

The leadership of the Democratic Party of Moldova was present at the feast. Democratic leaders were greeted with bread and salt.

"I came because Vlad Plahotniuc invited me to his house and I accepted this invitation with a lot of love. What can be more beautiful to visit the feast warmly welcomed with honest generosity, "said Pavel Filip, prime minister.

"When I'm home, I also admit that I feel very comfortable here. We are already long gone, but here we are, maybe in childhood, maybe in times when there were not so many problems in our head. Congratulations to all, "said Vlad Plahotniuc, PDM president.

The pleasant surprises for the inhabitants of Bălăureşti village continued.

"We come through the Government's decision, which was approved by the Cabinet of Ministers with a surprise to you, with a road that was requested by the mayor of the village. I also want to tell you the street lighting, the lighting works start next week street here in Bălăureşti village, "said Vasile Bâtcă, PDM member.

And people thanked them for their contribution to village development.

"There has been a lot in Bălăureşti since the Democratic Party took over."

"We were very bad at our roads and we are now happy that we have good roads."