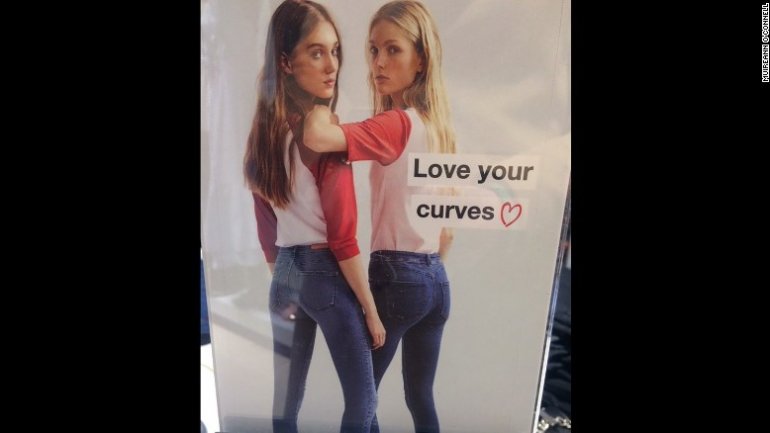 Fashion retailer Zara is urging women to "Love your curves," but that body-positive message may be overshadowed by the slender models featured in the campaign, according to CNN.

Irish radio personality Muireann O'Connell spotted the slogan on a poster in a Dublin store on Tuesday and tweeted about it in disgust.

"It appears to have hit a nerve," she said.

Many on social media pointed out that the women were not particularly curvy.

O'Connell stressed that she was not trying to body shame the models.

"It's nothing against their body frames at all or how they look, they look like beautiful, beautiful women," she told CNN. "It's the marketing campaign behind it."

She said the campaign sends an unhealthy message to women and girls -- especially since eating disorders are such a serious problem.