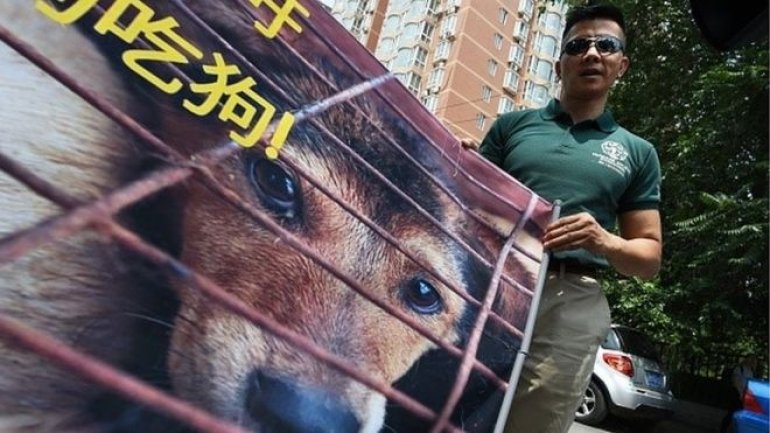 A controversial dog meat festival has begun in the Chinese city of Yulin, despite earlier reports it had been cancelled or toned down this year, BBC informs.

Earlier this year, US campaigners claimed that vendors had been told by authorities not to sell dog meat.

But stall holders had told the BBC they had heard nothing about this from officials. On 15 May, city officials confirmed there was no ban.

On Wednesday, reports from Yulin said dead dogs could be seen hanging from meat hooks at stalls in Dongkou market, the biggest in the city. There were also reports of a heavy police presence on the streets.

One activist in the city told the BBC she was prevented by police from entering the Dashichang market where she believed live dogs were on sale.

In previous years there have been scuffles between stall owners and activists trying to rescue the dogs slated for slaughter.