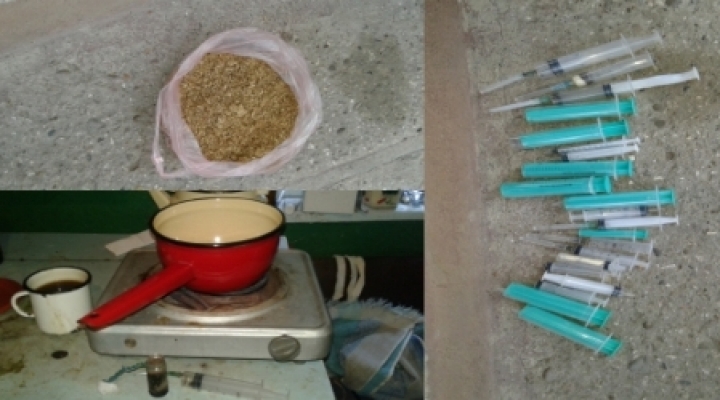 An 18-year-old youth from the northern district of Drochia has been caught red-handed as he had tried to sell drugs to an under-cover police officer, asking the equivalent of $150.

The young man is criminally searched and may stay up to seven years in jail.

The police also investigate another man from the same district, aged 39, known to prepare and consume drugs at home. In the search the police uncovered about 1 kg of marijuana, syringes, pots and 10 bottles of acetone.

The suspect is a recidivist, and may serve a 6-year jail term ig proven guilty.