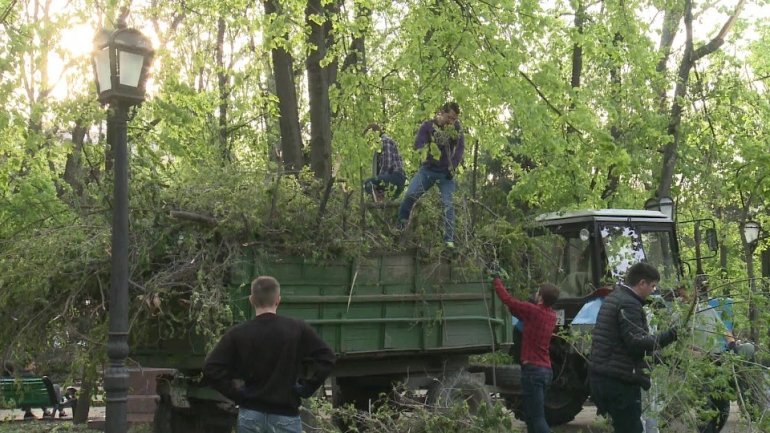 Moldovan young democrats, armed with brooms and shovels, continue helping to clean up the capital from last week's blizzard consequences. Several young people have responded to the call for mobilization of the Prime Minister Pavel Filip. They gathered in the Central Park and started cleaning the alleys from fallen branches.

They also urged other young people to actively engage in cleaning their own courtyards. They say it's everyone's duty to get involved in such exceptional situations.

"We hope to ease the work of those responsible."

"We will get involved in the most extreme situations in the capital."

"It makes me cry when I see the disaster in the park. It's the best day to mobilize and get involved with my colleagues"

The people in the park appreciated the gesture of the young democrats.

"I was pretty nice because young people just come to help in such a situation, everyone has to get involved."

After last week's snowfall, over 10,000 trees were broken and 130 pillars have collapsed in Chisinau.