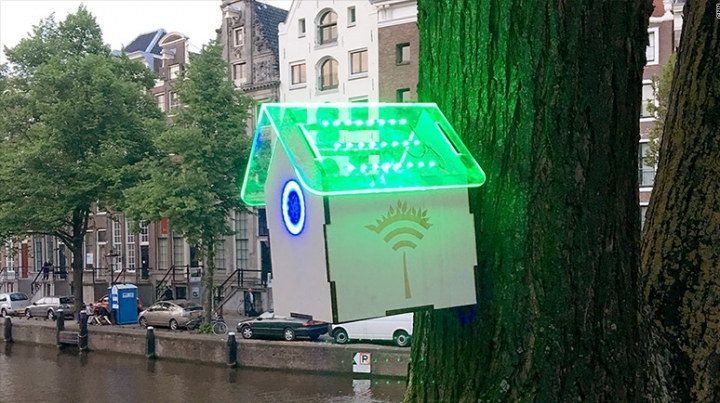 But the Dutch capital actually has a surprising pollution problem. The city was given a D+ ranking for air quality by an environmental study last year, thanks in part to its failure to implement a low emissions zone for private vehicles, as other European cities have done.

Now one local designer has a plan to tackle the problem: Joris Lam has designed a series of tree houses that light up and emit free Wi-Fi when air pollution levels fall to a healthy level.