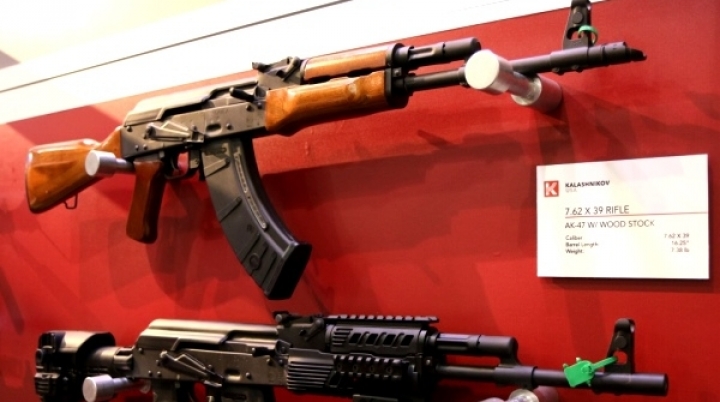 Gunmaker Kalashnikov, whose AK-47 assault rifle has armed Russian forces for 70 years and been the preferred weapon of insurgents across continents, has opened a store at Moscow's Sheremetyevo airport selling souvenirs including plastic model guns, the company said.

An airport official said the shop, offering novelties including pens, umbrellas, bags, hats, camouflage gear and "I love AK" T-shirts, would be situated in the rail-link section of the airport complex. The model guns - automatic pistols and rifles - would very clearly be imitations and would pose no security problems, he added.

"Kalashnikov is one of the most popular brands that come to mind for most people in the world when they hear about Russia," Kalashnikov's head of marketing, Vladimir Dmitriev, said in a press release.

"So, we are pleased to provide the opportunity for everyone to take away from Russia a souvenir with our company brand."

The AK-47, the first rifle the firm produced, has acquired an iconic status due to its low production costs and reliability in extreme conditions. It was introduced in 1948, armed the whole of the Soviet Union and eastern Europe in communist times and served largely pro-Soviet rebel forces across Africa and Asia.