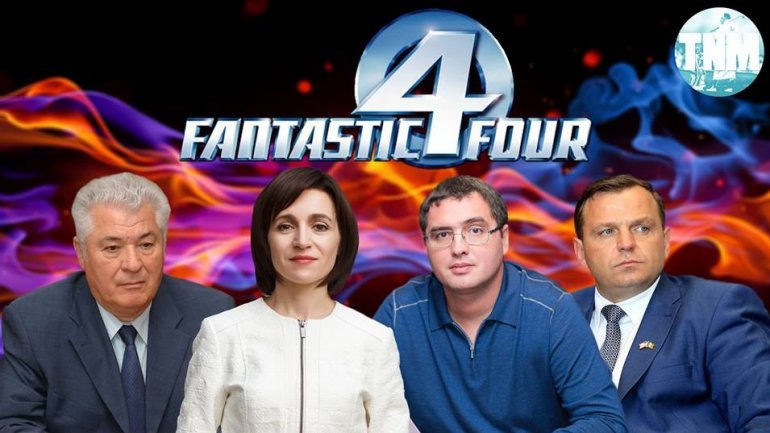 Yesterday's enemies, today's allies, who formed a coalition. The PCRM leader Vladimir Voronin and PAS party leader, Maia Sandu, who have signed a joint statement and are against the right of citizens to withdraw deputies mandate by referendum.

Previously, the two attacked each other several times. At the end of 2016, Vladimir Voronin has said harsh words about the candidate for President, Maia Sandu.

"What has she done in her life? Who is Maia Sandu? What are her abilities? How she became Minister of Education? She has put cameras under skirts of girls. She will be managed just like she was managed every year till now" , said PCRM leader, Vladimir Voronin.

The harsh words of Vladimir Voronin have not stopped there.

"That Marusic Sandu. She has closed over 400 schools, kindergartens. She has thrown away orphans in the street? Does she has any emotions?" , said President of PCRM, Vladimir Voronin.

And earlier, Maia Sandu said that she takes it as a compliment the fact that PCRM doesn't like her

"The negative attitude of the communists regarding the reform conducted in the education sector. It is understandable" , said Sandu in an interview with Ziarul de Garda.

Moreover, on his Facebook page, back in 2015 , the PAS leader has stated that she never supports an alliance with the Communist party. Similarly, she does not believe that the PCRM can become a serious partner in the process of European integration.

Another topic of adverse of the two leaders if the union with Romania.  A year ago, Maia Sandu stated at a private TV channel that if we had a referendum on the unification of Moldova with Romania, she would vote for.

The decision of Maia Sandu to sign a joint statement with PCRM leader, Vladimir Voronin has gotten in an angry way by many internet users.

"Who says is different than other politicians?" , asks Andrei Balan on a social network.

"Shame on you, after that you talk about what happened on April 7th" is another message to PAS leader on facebook.

"They think they are most right! Viorel Ciubotaru - chief of PDLM, the party considered the most corrupt.