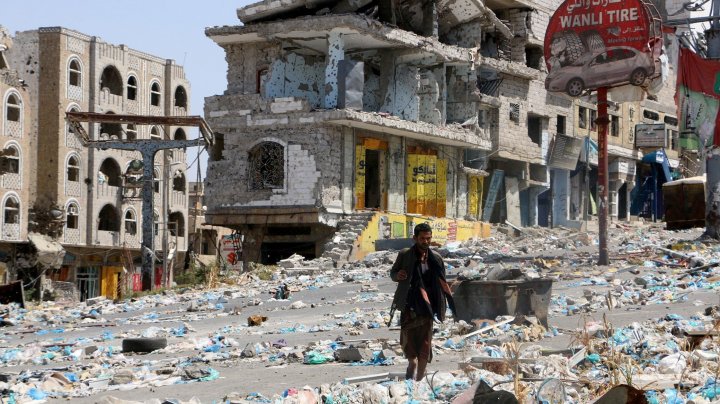 Fighting intensified in the city of Taiz in Yemen on Thursday, following Saudi-led coalition air strikes on Houthi-rebel-held locations.

Saudi-run news outlet Al-Arabiya reported that the Saudi-led coalition had carried out air strikes on Houthi positions, including their local command center.

Yemen was already the poorest country in the Arab world before a Saudi-led coalition went to war with the Iran-allied Houthi rebels in March 2015 in a failed bid to drive them from the capital and much of the country's north.

The contested city of Taiz in the southwestern corner of the country has seen some of the fiercest fighting between the militias, who are allied with the internationally recognized government in Aden and the Saudi-led coalition, and the Houthis, who maintained control of parts of the city.

Since then the conflict has ground into a bloody stalemate, with more than 10,000 people killed and more than 2 million displaced.