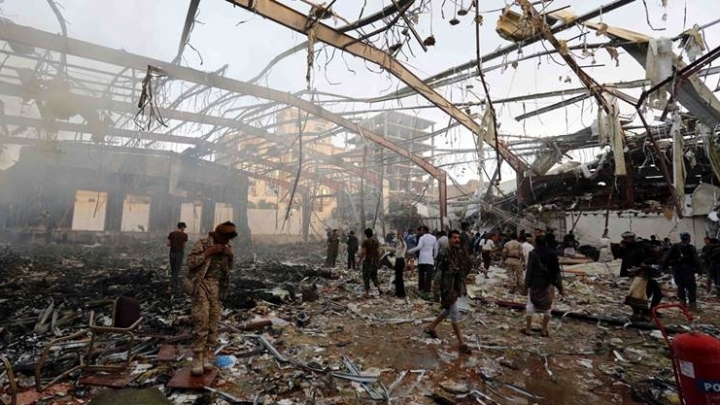 Yemen's powerful ex-president Ali Abdullah Saleh, a key ally of the country's dominant Houthi movement, called for an escalation of attacks against their common enemy Saudi Arabia on Sunday.

A politician who retains influence over Yemen's military, Saleh spoke a day after an apparent Saudi-led air attack on a meeting hall in the capital Sanaa killed at least 140 people according to local health officials cited by the United Nations.

Sources in the Saudi-led coalition denied any role in the attack.

Read more: 45 killed in attack of Saudi-led coalition against group of mourners