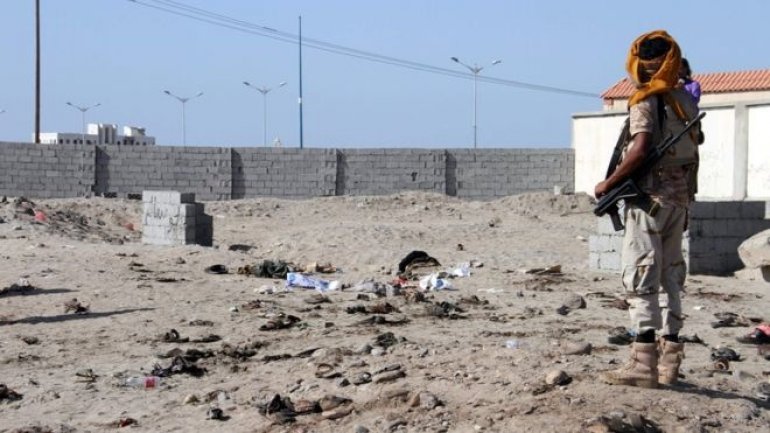 A suicide bomber has killed at least 30 soldiers and wounded many more in the southern port city of Aden in Yemen, informs BBC.

Reports say the soldiers were queuing up to receive salaries near a military base when the attacker struck.

The bomber immersed himself in the crowd of soldiers at Al-Solban base in Al-Arish district, a military official said.

The bombing follows a near identical attack at the base earlier in the week, in which 48 soldiers were killed.

No group immediately claimed responsibility for the attack on Sunday, but the city has previously been targeted by jihadist groups in the region.

In August, a suicide attack in the city claimed by the so-called Islamic State (IS) killed at least 70 people at an army recruiting centre in the city.