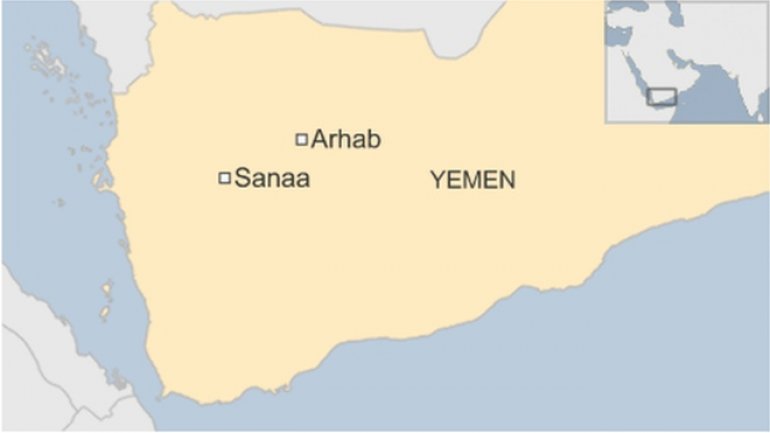 Eight women and a child have reportedly been killed in an overnight air raid on a funeral reception near Yemen's rebel-held capital, Sanaa, BBC reports.

A Houthi rebel spokesman said the strike was followed by a second which hit emergency responders in Arhab, 40km (25 miles) from Sanaa.

The rebels blamed a US and Saudi-backed coalition for the bloodshed, who are yet to comment.

The coalition has been fighting the Houthis and forces loyal to a former Yemeni president, Ali Abdullah Saleh, since March 2015.

Its aim is to restore the internationally recognised government of President Abdrabbuh Mansour Hadi.