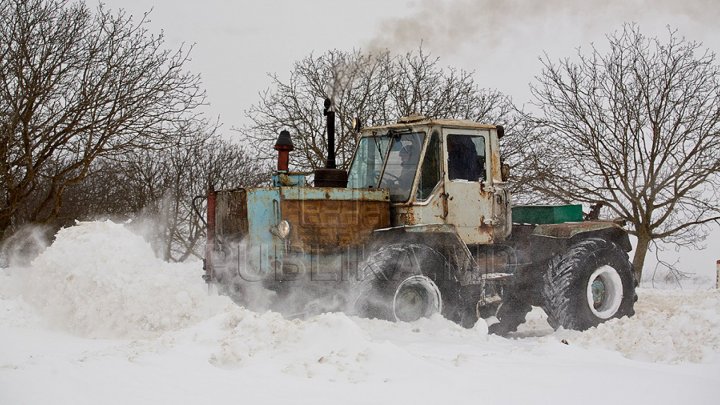 (UPDATE 09:27) According to representative of National Patrol Inspectorate, there are no roads or highways that were snowed in. For the past 24 hours, a total of 10 accidents took place, resulting in 7 injured pedestrians, among whom one passed away.

(UPDATE 08:29) City hall dispatched workers to deal with the snow that started falling since last evening. The 68 vehicles are spreading 600 tons of skid-proof material on the streets of Chisinau.

(07:08) Snow is falling in most of the country. The storm begun at night and will last to this evening, when the Yellow Warning will be lifted.

According to meteorologists, in the Northern and Central parts of the country will snow, some regions ending up being snowed in. While in South is forecast rain and sleet (between 15 and 25 l/m2).

Temperatures in the country will vary between 0 and 5 degrees Celsius.

Rescuers urge drivers to ensure that their cars have snow tires and to keep a shovel and sand in the trunk.

People who have a long road ahead are also recommended to ensure that their phones are charged.