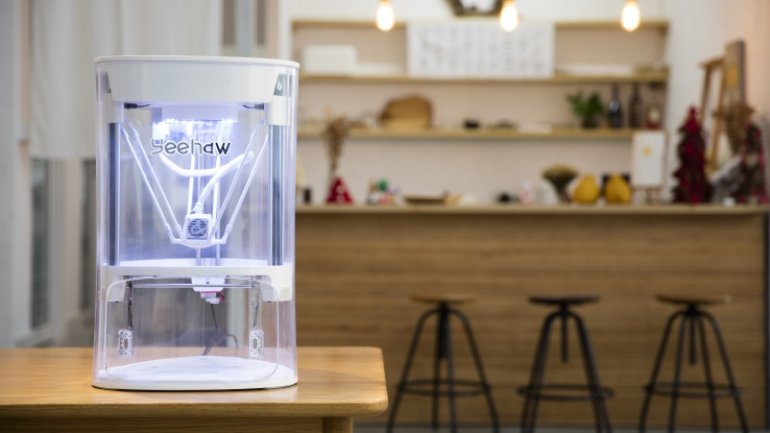 The Yeehaw is a 3D printer aimed squarely at the young geeks market. The company’s Indiegogo campaign carries a $249 early-bird price tag and promises to ship the first 50 units in time for Christmas, but there were a few things about the company’s campaign that gave me pause, techcrunch reports.

The printer has been especially designed with safety in mind, with door-open and tilt sensors shutting off the printer right away in case some inquisitive little fingers get a little bit too close to the hot or moving parts. It is also self-adjusting, automatically updates itself and has automatic calibration built in. The printer has a Wi-Fi connection and can be operated using an app or via a web interface.

Yeehaw is throwing itself into a market that’s had a lot of activity, but not a lot of success so far. XYZprinting’s DaVinci miniMaker is available at $229, but doesn’t appear to shield its moving parts too well. Mattel’s ThingMaker is an interesting version from the well-known toy giant, but was recently delayed until 2017. Kickstarter-funded MiniToy ran into some delays but is supposedly shipping around the end of the year.