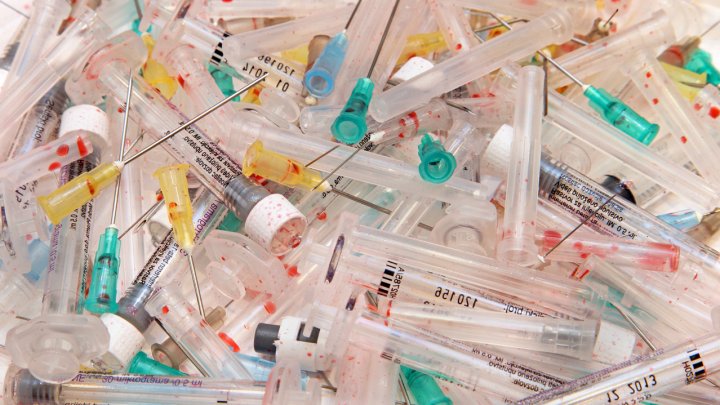 Tons of unrecycled medical waste were found by police officers in a warehouse Cahul.

The waste was collected and transported by a company that offered to recycle it.

The economic agent has singed multiple contracts with public and private hospitals from the country.

Despite the institutions having payed for those services, syringes, test tubes and other devices and utensils used in medical interventions, posing a threat to the environment, were stored since 2013.

A total of 300 cubic meters of waste was found. Furthermore, the zone was not even enclosed, endangering people's health.

If found guilty, the suspects risk a fine to 67 000 lei, or to 6 years of imprisonment.