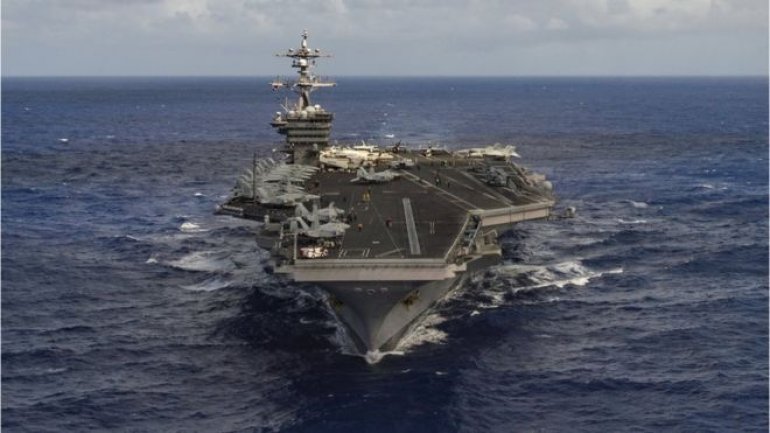 China's President Xi Jinping has called for a "peaceful" resolution to tensions over North Korea, in a phone conversation with US President Donald Trump, Chinese state media said, BBC reports.

On Tuesday Mr Trump tweeted that the US was not afraid of acting alone on North Korea if China would not help.

Tensions have risen on the Korean peninsula after the dispatch of US warships to the region.

North Korea reacted with anger, saying it would defend itself "powerfully".