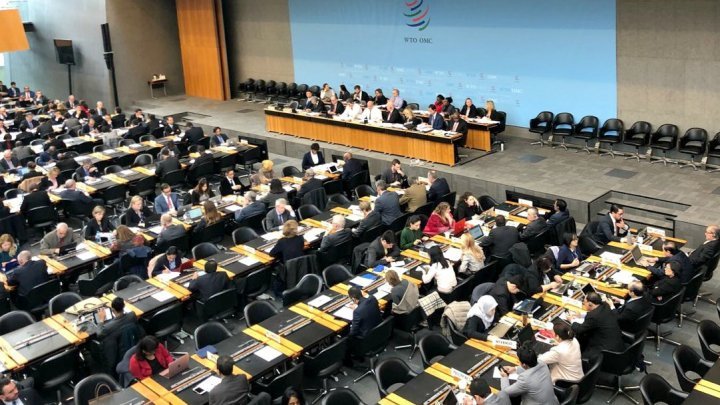 Moldova reiterated its commitments to WTO regarding the most active integration of small and medium-sized national enterprises into global trade, declares the Minister of Foreign Affairs and European Involvement, Tudor Ulianovschi, at the General Council meeting of the World Trade Organization held in Geneva on 9 March.

Minister Tudor Ulianovschi underlined the pragmatic approach of Moldova to the development of regional and international trade, reiterating our country's support for the development of e-commerce, the integration of small and medium-sized enterprises in world trade, women's participation in trade activities as well as promotion of women's economic rights in the development of trade in goods and services.

The General Council meeting, representing the WTO high-level segment and endorsing the decisions negotiated in the working councils and committees on international trade, allowed the 164 Member States to assess the implementation of the decisions adopted at the Ministerial Conferences in Bali, Nairobi and, particularly, Buenos Aires in December 2017.

In the framework of the Geneva Forum, Minister Ulianovschi was invited by the Government of India to attend the WTO Members' Consultative Meeting, to be held in New Delhi from 19-20 March.