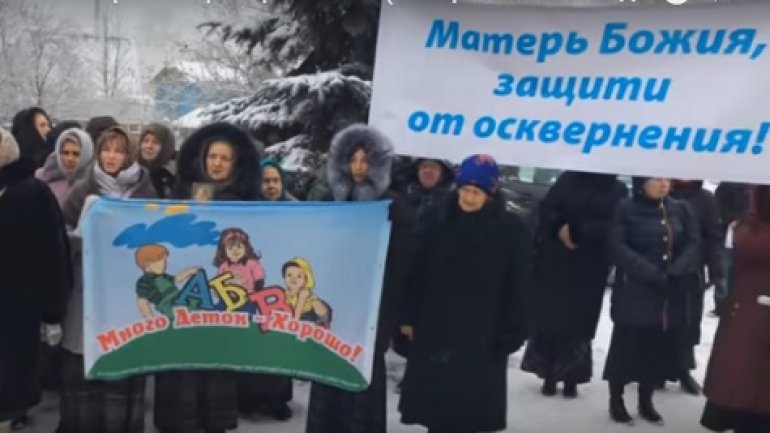 Plans to build a factory manufacturing condoms in a Russian village that bears the name of God are facing spirited resistance from local believers.

The factory near a monastery in the village of Bogolyubovo, situated about 180 kilometers northeast of Moscow in Russia's Vladimir region, was envisioned by local authorities as an opportunity to create 200 jobs.

But with construction under way, members of the monastery's congregation are opposing it on religious grounds.

On December 4, dozens of Orthodox activists -- an estimated 120 according to local media -- rallied outside the local government administration to demand construction be stopped, the latest salvo in a confrontation that began last month.

Dressed in fur coats and hats, the crowd of mostly elderly women chanted prayers, gripped icons and a large wooden cross , and held aloft colorful banners with slogans like "No condom manufacturing on a holy site!" and "Mother of God, save us from desecration!"