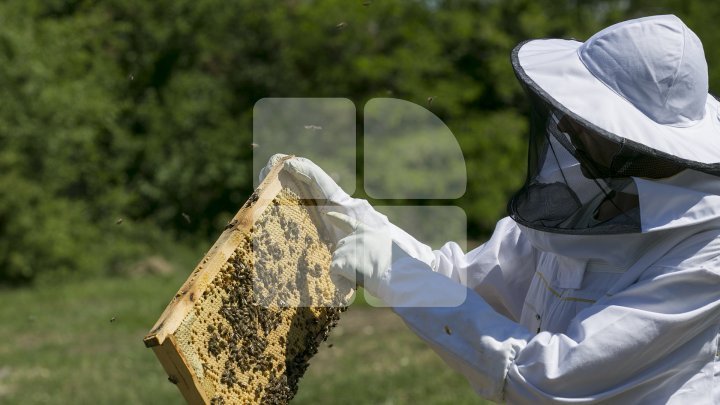 Bees around the world are in danger. In the United States alone, beekeepers lose over 50 percent of the colonies annually. According to the specialists, this phenomenon has increased in 2006, and the main cause of the disease and, subsequently, of the death of these insects, would be the pesticide used to spray agricultural crops during pollination.

Neither beekeepers in Moldova were bypassed by this phenomenon, so because of farmers who spray crops with chemicals, the bees either die or the honey produced by them is of poor quality.

Fewer bees means less honey. If, in 2017, Moldova produced around 7000 tons of honey, then last year the harvest reached just over 6000 tons.

"There are some beekeepers from Moldova, who have lost 60-70 percent. Excessive use of chemicals to protect agricultural crops, "Ion Maxim, president of the Beekeepers' Association of Moldova, said.

Specialists say that the disappearance of bees is affecting people's lives and the global economy. They also claim that the phenomenon is also caused by the fact that spontaneous flora is practically absent.

"We no longer live with bees as we did a few years ago and we can no longer make colonies. Today we have medicines or treatments that would not affect our bees so much, but they are very expensive, but it would be good if these drugs are subsidized, and in this way farmers will no longer use all kinds of substances that affect bee, "said Petru Săcară, specialist in diseases and treatment of bees.

In 2018, the European Union banned the use of several insecticides harmful to bees. In our country, there are over 7000 beekeepers, who have around 300,000 bee families.