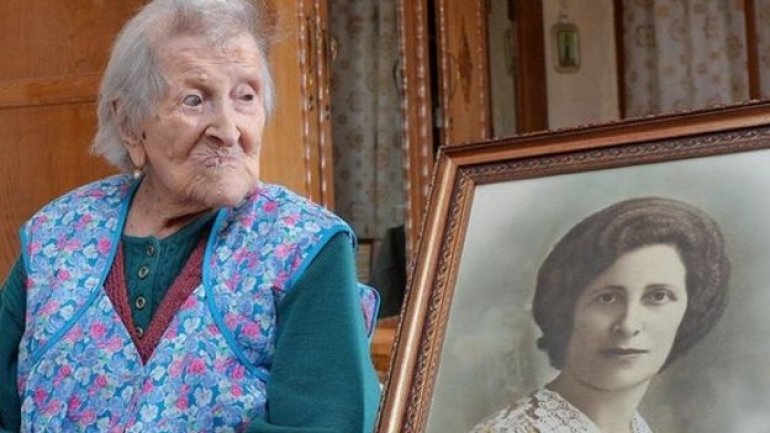 When Emma Morano was born, Umberto I was still reigning over Italy, Fiat had only just been established and Milan Football Club was still a few weeks off creation.

On Tuesday, this otherwise unassuming woman marks her 117th birthday, looking back on a life which has not only spanned three centuries, but also survived an abusive marriage which started with blackmail, the loss of her only son and a diet which most would describe as anything but balanced, says BBC.

Ms Morano, the oldest of eight siblings, all of whom she has outlived, was born on 29 November, 1899, in the Piedmont region of Italy.

This year, she officially became the world's oldest living woman, after American Susannah Mushatt Jones died in May, and the last person still living born in the 1800s.

Ms Morano's longevity, she admits, is partly down to genetics - her mother reached 91, and several sisters reached their centenary - and partly, she claims, down to a rather unusual diet of three eggs - two raw - each day for more than 90 years.

It was a regime she took up as a young woman, after the doctor diagnosed her with anaemia shortly after the World War One.

These days, she has cut down to just two eggs a day, and a few biscuits.

It does defy all accepted advice on healthy living, her doctor of 27 years Carlo Bava admitted to AFP.

"Emma has always eaten very few vegetables, very little fruit. When I met her, she ate three eggs per day, two raw in the morning and then an omelette at noon, and chicken at dinner."

Despite this, he noted, she seems to be "eternal".

There is one other thing Ms Morano credits with her longevity: kicking her husband out in 1938, the year after her baby boy died, aged just six months.

The marriage had never been healthy, according to Ms Morano. She had been in love with a boy killed during World War One, and was uninterested in marrying someone else.

But, she told La Stampa in an interview when she was a spritely 112, she was left with little choice.

Eventually, it became too much. She kicked him out, although they remained married until he died in 1978. Ms Morano, who worked until she was 75, chose never to marry again.

"I didn't want to be dominated by anyone," she told the New York Times.