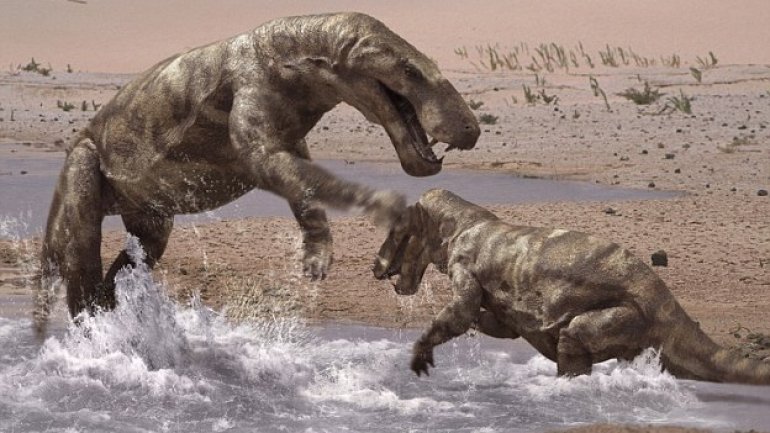 A ferocious giant beast that roamed Earth 255 million years ago would have had terrible toothache - thank to a cancerous tumor in its jaws, according to new research.

The prehistoric creature was suffering from a dental tumor - making it the world's oldest cancer case.

When paleontologists cut into the gorgonopsid's fossilized jaw they got more than they bargained for - a benign growth made up of miniature, tooth like structures.

Known as a compound odontoma, it is common to mammals today.

Professor Christian Sidor, of the University of Washington, said: 'We think this is by far the oldest known instance of a compound odontoma. It would indicate this is an ancient type of tumor.'

Gorgonopsids were the largest predators of the late Paleozoic, the era just before dinosaurs.

Featured in the BBC's Walking With Monsters they became extinct 250 million years ago.

Also known as 'gorgons', they grew as large as 10 feet long and were among the most ferocious predators ever.

Before the discovery published in the Journal of the American Medical Association Oncology, the earliest known evidence of odontomas came from the Ice Age in fossilized mammoths and deer, informs Daily Mail.