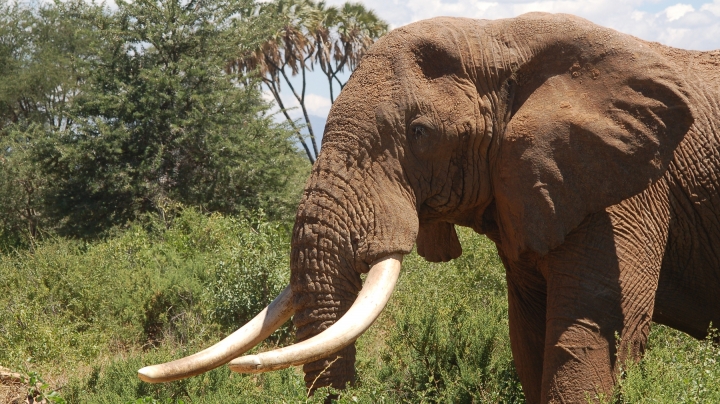 Legal ivory markets across the globe must be urgently closed in order to combat the elephant poaching crisis, according to an agreement struck by 182 nations on Sunday, reports The Guardian.

The decision is significant in intensifying the pressure on countries that still host such markets, which conservationists say provide cover for criminals to launder illegal ivory.

The Convention on the International Trade in Endangered Species (Cites), gathered this week in Johannesburg, agreed for the first time in its history that national ivory markets should be closed rather than regulated. All international trade in ivory is banned but many countries allow antique and other ivory pieces to be bought and sold domestically.

Domestic ivory markets are a highly controversial issue, but the Cites nations agreed unanimously that every country should “take all necessary legislative, regulatory and enforcement measures to close their domestic markets for commercial trade in raw and worked ivory as a matter of urgency.”

More than 140,000 of Africa’s savannah elephants were killed for their ivory between 2007 and 2014, wiping out almost a third of their population, and elephants are still being killed every 15 minutes on average.

The final wording of the decision was a compromise and specified domestic ivory markets that are “contributing to poaching or illegal trade”, a potential loophole. Daniela Freyer, at the Pro Wildlife group, said: “Today’s decision is a step forward. However, the European Union and a small minority of southern African countries are to be blamed for watering down the motion. Elephants deserve better.”

China, the largest domestic ivory market, had argued against the loophole, a move seen as major progress. It has already committed to close its own ivory markets but has not yet given a deadline. Japan, another large domestic market, said on Friday its market did not contain illegal ivory, although a new Environmental Investigation Agency report claims to show evidence of illegal activity.

International pressure to close domestic ivory markets is building. Nations at a major conservation summit in September also agreed the domestic trade in ivory should end. In September, the UK banned the domestic sale of ivory younger than 70 years old, though critics said the move fell short of the total ban needed. In June, the US imposed a near total domestic ban.

The Cites nations also agreed for the first time that destruction is an option for the disposal of seized ivory stockpiles, a course already taken by 22 nations. There was further action as well on countries which seen as failing to tackle the illegal ivory trade, with tougher reporting requirements. Cameroon, Ethiopia, Gabon and Nigeria should all have reported on the measures they are implementing, but have not.

The most controversial debates on the poaching crisis will come on Monday, when Cites decides on a proposal by southern African nations to overturn the ban on selling ivory and a rival proposal from 29 other African countries which aims to elephant protections even stricter.