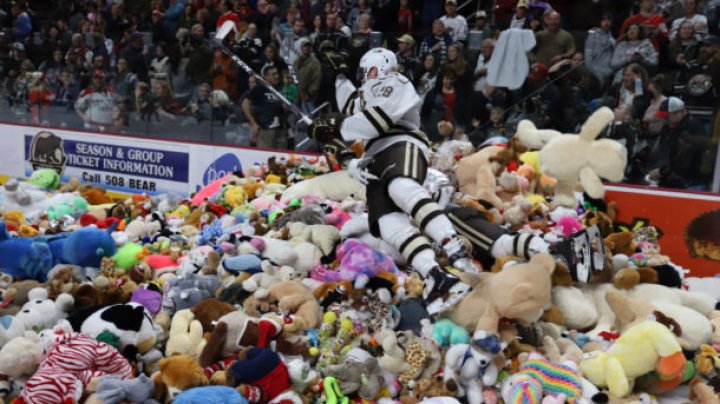 The Hershey Bears have once again established a new world record in one of the cutest traditions in sport.

The Bears, the oldest and most decorated team in the American Hockey League (minor league hockey) and minor league affiliate of the Washington Capitals, collected 45,650 teddy bears and stuffed animals in Sunday's annual CommunityAid Teddy Bear Toss. The town is also home to the namesake chocolate company, writes Euronews.

This surpasses the club's previous world record of 34,798 collected in 2018. The world-famous event sees fans throw stuffed animals onto the ice following the team's first goal of the game. The stuffed animals are then collected and donated to around 40 local charities ahead of the holiday season.

The number of teddy bears exceeded the number of fans at the arena by almost five to one as the arena only holds a capacity of 10,500 people.

After a delay of almost 30 minutes, the Bears went on to beat the Hartford Wolfpack 4-3 in overtime.