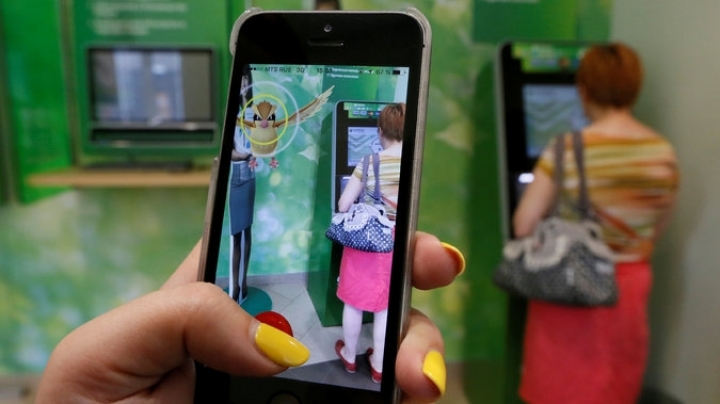 Pokémon Go, the wildly popular augmented-reality smartphone game,expanded officially into 26 more countries this week, even as some security and religious authorities around the globe expressed alarm, reports The New York Times.

In Saudi Arabia, clerics renewed an existing fatwa against Pokémon, calling it “un-Islamic.”

Bosnia has warned players to avoid chasing the creatures onto land mines left over from the 1990s.

An Egyptian communications official said the game should be banned because sharing photos or videos of security sites could put the sites at risk.

The game is notable for causing people to range out into the world, walking into places where they might not normally have a reason to be, pointing their smartphone cameras at buildings and historical sites.

The game overlays a digital world of creatures, PokéStops and other features on the real world. Players capture the many types of Pokémon and then use them to battle on teams for control of locations known as gyms.

“Pokémon can be found in every corner of the earth,” the app tells users when they download the game.

And that is precisely the problem.

“Pokémon Go is the latest tool used by spy agencies in the Intel war, a cunning despicable app that tries to infiltrate our communities in the most innocent way under the pretext of entertainment,” said Hamdi Bakheet, a member of Egypt’s defense and national security committee in Parliament, according to a report on Al Jazeera.

“It smacks of Satanism,” a Cossack leader told local media. The Kremlin’s press secretary warned users not to visit the Kremlin looking for Pokémon, and there was talk of prison time for anyone found looking for them in a church.

Kuwait banned the app’s use at government sites, and officials warned it could put users’ personal data at risk or be used by criminals to lure victims to isolated places.

Indonesian officials also called it a national security threat that could allow its enemies to penetrate military sites and gain access to top-secret data. On Monday night, a French citizen working in Indonesia was temporarily detained after stumbling onto the grounds of a military base in West Java Province while searching, he said, for Pokémon figures.

Israeli officials warned soldiers not to use it on bases as it could reveal their location.

South Korea’s government already restricts Google Maps for security reasons, so Pokémon Go — which uses the data to populate its own maps — wouldn’t work anyway. But the app happens to be working in one small seaside town near the North Korean border — and busloads of people are showing up to play.

The app uses geolocation features and enables the phone’s camera. Users typically sign in with a Google account. An early version appeared to give the game full access to some users’ Google accounts, but the company said that was a mistake that was reversed in an update.

Since the game was released on July 6, it has gained millions of users around the world, including some who had already made headlines with questionable decisions to play at Auschwitz, Arlington cemetery and the 9/11 memorial in New York City.

A spokeswoman for Niantic denied the allegations that the game is a tool of espionage, and said the company asks all users “to abide by local laws, and respect the locations you visit and people you meet during your exploration.”

Some leaders were also embracing the fad. President Reuven Rivlin of Israel posted a photo on Facebook of a Pokémon in his office with the caption “Somebody call security personnel.”

The game is also being put to political purposes. Many users on Twitter shared what purports to be an image of a dead Pikachu amid rubble in Gaza.