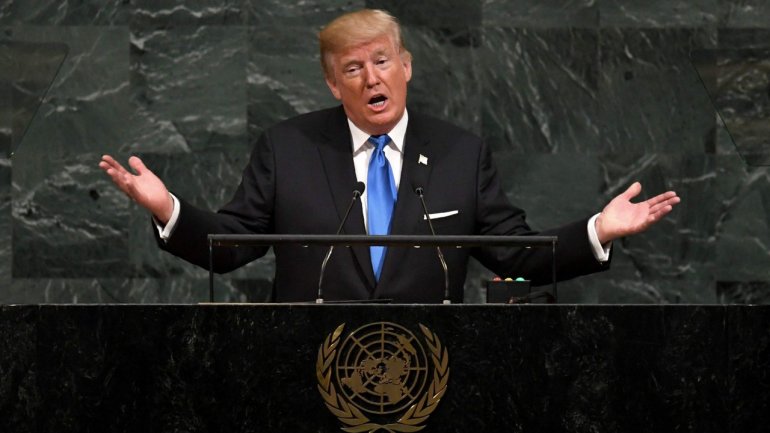 Donald Trump's first major speech at the United Nations has been filled with criticisms and displeased many world leaders, wrote bbc.com.

The US president included Iran among "a small group of rogue regimes", and said the US would "totally destroy" North Korea if forced to do so.

North Korea has yet to respond to the president's threat of destruction.

In his speech, he called Iran "a corrupt dictatorship behind the false guise of a democracy" whose "chief exports are violence, bloodshed, and chaos".

He called the 2015 nuclear deal between Iran and world powers "one of the worst and most one-sided transactions the United States has ever entered into".

Reuters news agency said one audience member covered his face with his hands, and that loud, startled murmurs filled the hall in response.

Swedish Foreign Minister Margot Wallstrom, who was observed crossing her arms, told the BBC: "It was the wrong speech, at the wrong time, to the wrong audience."

Mr Trump also targeted Venezuela, calling its government a corrupt "socialist dictatorship" - and warned that the US was prepared to take action against it.

"Trump is not the president of the world... he can not even manage his own government," he said.

Bolivian President Evo Morales - an ally of the Venezuelan government - tweeted: "I am not surprised that a multi-millionaire like Trump attacks socialism. Our struggle will always be ideological and pragmatic."

French President Emmanuel Macron, also speaking to the General Assembly, defended the nuclear deal with Iran. "Renouncing it would be a grave error," he said.

But Israel's Prime Minister Benjamin Netanyahu backed Mr Trump during his speech, saying the deal with Iran should be amended or scrapped altogether, and warned against the spread of Iranian influence in the Middle East.