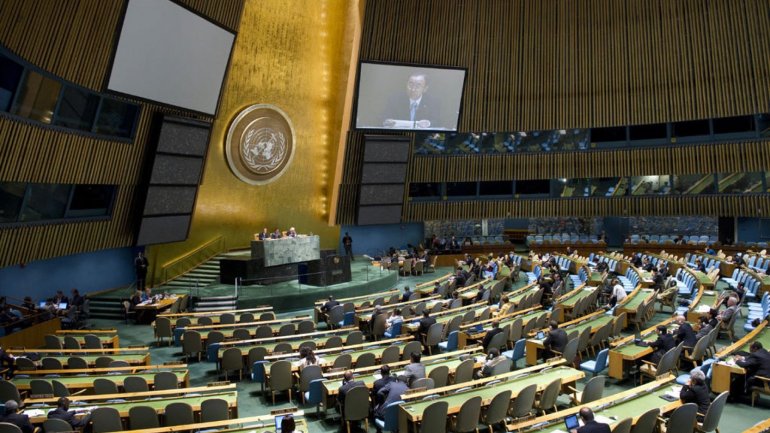 PM Pavel Filip has left today to go to New York as representative of Moldova at United Nations 72nd General Assembly. During this meeting he plans to meet other officials to discuss the possibility of strengthening bilateral diplomatic relations and cooperation.

PM will be accompanied by Minister of External Affairs and European Integration, Andrei Galbur, as well as other legal entities and diplomats.

Today begun the first meeting of United Nations 72nd General Assembly. The main topics of the meeting were the nuclear weapons of North Korea, global warning and the threat of terrorism.

Secretary-General of the United Nations, Antonio Guterres and President of USA, Donald Trump, declared that they couldn't wait for this event.

We begun to strengthen our plans to combat terrorism. We wish to start a deeper collaboration in order to ensure global peace and safety", Antonio Guterres stated.

"There are no doubts in my mind that if we work together, UN will be the most powerful instrument in maintaining world peace" President Donald Trump said.

Regardless, Moscow's representative at UN, Vasili Nebenzea, claims that Russia doesn't give up on the idea.

Spokesman from Kiev, Petro Poroşenko, believes that only UN's peacekeeping troops must be sent to Donbass.

He believes that only they can be trusted to solve the armed conflict from the eastern part of the country. Earlier, the Government of Chisinau has requested to include the topic of withdrawing Russian troops from the territory of Moldova. This issue has been added to the additional list and will be examined in October at the United Nations 72nd General Assembly.