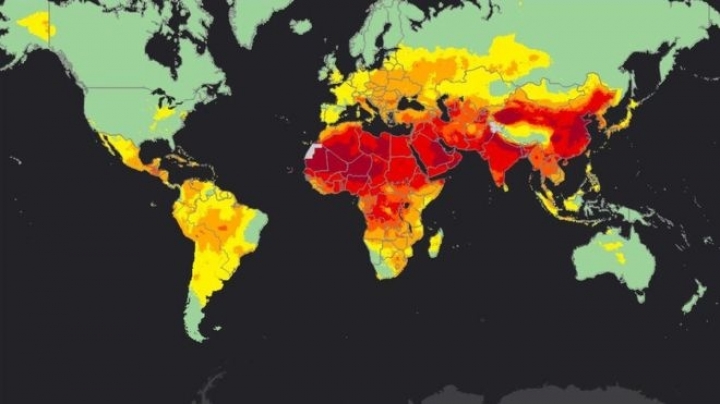 Nine out of 10 people on the planet breathe polluted air, even outdoors, the World Health Organisation said, reports BBC.

Some 92% of the population live in places where air pollution exceeds WHO limits, which can contribute to lung cancer, heart disease, and strokes.

The south-east Asia and western Pacific regions account for nearly two out of every three such deaths, it said, with poorer countries "getting worse".

Around three million deaths every year are linked to outdoor air pollution.

When "indoor" air pollution - which includes pollutants like wood smoke and cooking fires - is added, air pollution is linked to one in every nine deaths worldwide, the WHO said.

The air quality model used in the data measures the smallest particles, less than 2.5 micrometres across - which can enter the bloodstream and reach the brain.

Tajikistan, Uzbekistan, Afghanistan, and Egypt rounded out the top five.

However, he said, North America is doing better than Europe, mostly because Europe depends more on diesel fuel and farming practices that create ammonia and methane.

China, the country with the sixth-highest death rate linked to air pollution, is relatively wealthy, but is plagued by smog in its cities and polluted air from industrial sources.

The WHO pointed to sustainable transport, waste management, and renewable energies as possible ways to reduce air pollution.

It said its latest data represented the most detailed study it has ever released. The analysis combined satellite measurements and more than 3,000 monitoring stations on the ground with air transport models.

The report is based on 2012 figures, which are the most recent available.