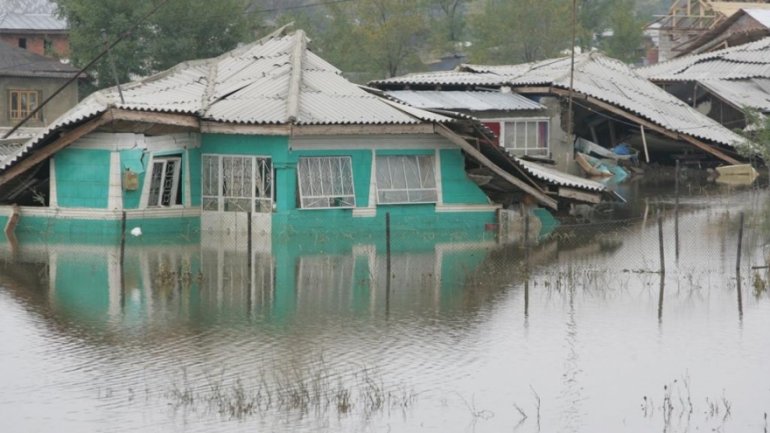 Moldova is vulnerable to floodings. This is the declaration of World Bank experts who drafted the risk profile of European countries in this respect. According to experts, most at risk are the northern and eastern part, where the likelihood of bad weather every ten years is 50 percent.

According to a report by the World Bank it is shown that flooding is a disaster with frequent incidence in our country.

The document says that each year, 70,000 people have suffered from the calamity and the damage reaches an average of 100 million dollars.

According to experts, the most vulnerable to flooding are seven districts in the north and in central Moldova increased risk persists in Dubasari district.

In these regions strong likelihood of floods once every ten years is 50 percent.

On the other hand, experts say that the lowest risk of flooding is in districts Ungheni, Calarasi, Nisporeni and Hincesti in the center and in the south the least vulnerable are Leova, Cantemir, Cahul, Cimislia and Gagauzia.

Dozens of flooded villages,hundreds of houses and thousands of hectares of crops destroyed. This is the picture of disastrous floods from the last 10 years which have caused damage of million of dollars.

In 2008, Moldova was hit by the worst flooding in 70 years. Then, for five days, the amount of rainfall exceeded the norm allowable for two months.

In July 2008, on certain segments, the water level in the river was about 10 meters high, while the protective levees could withstand a level two times lower.

The damage caused by the floods of summer 2008 were valued at 120 million dollars. It's about destroyed real estate, infrastructure and crops. The northern part had to suffer most.

Flood ordeal did not even spare the Moldovans in 2010. In June, rivers Prut and Dniester overflowed and made damage to villages in the districts of Floresti, Ungheni and Briceni.

Shortly, hundreds of houses from village Nemteni, Hincesti were covered by water, and two people drowned.

Another flood left hundreds of families from village Cotul Morii, Hancesti district, in the open. The damage caused by floods in 2010 were estimated at over 40 million dollars.

Last summer, in Hincesti district, 250 households, and three kindergartens were flooded due to rains. Damages were estimated at over 300,000 lei.

Leova district was also hit by floods. The flood affected several households, dozens of wells and cellars, broke down three bridges and tore about 100 meters of fencing.

In the city Iargara, two lakes dikes gave way under water pressure. More than 400 rescuers and firefighters came to alleviate the consequences of the disaster. Two weeks later, more than 80 households in Ceadir-Lunga were flooded after heavy rains.

Neither Chisinau is avoided by water. When it rains heavily, Albisoara street turns into a real lake. The water sometimes exceeds one meter and a half and the cars are floating.