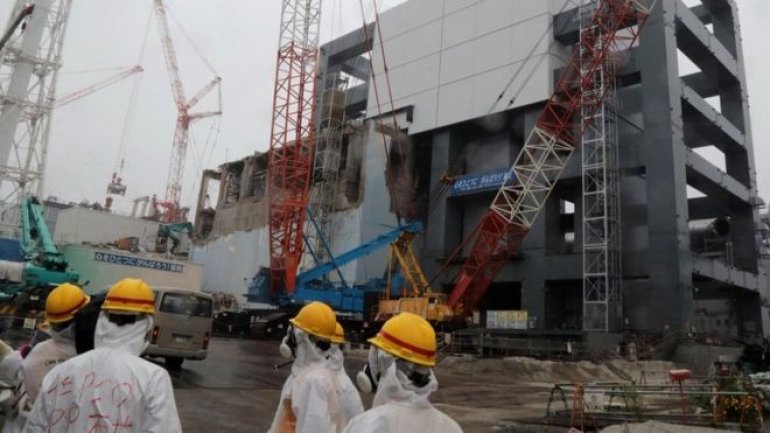 A Japanese court has begun hearing the case of a man who developed leukaemia after working as a welder at the damaged Fukushima nuclear site.

The plaintiff, 42, is the first person to be recognized by labor authorities as having an illness linked to clean-up work at the plant.

He is suing Tokyo Electric Power Company, which operates the complex.

The nuclear site was hit by the earthquake and tsunami in 2011, causing a triple meltdown.

It was the world's worst nuclear disaster since Chernobyl in 1986. An exclusion zone remains in place around the site as thousands of workers continue clean-up efforts.

The man, from Japan's Fukuoka prefecture, was a welder for a sub-contractor.

He spent six months working at Genkai and Fukushima No 2 nuclear plants before moving to the quake-hit Fukushima No 1 plant, where he build scaffolding for repair work at the No 4 reactor building. His cumulative radiation exposure was 19.78 millisieverts.

But in October 2015, a health ministry panel ruled that the man's illness was workplace-related and that he was eligible for compensation.

The man is now suing Tepco and the Kyushu Electric Power Company (Kepco), which operated the Genkai plant, for JPY 59m ($526,000), informs BBC.

When he filed the suit late last year, his lawyers said he had been "forced to undergo unnecessary radiation exposure because of the utilities' slipshod on-site radiation management".

Tepco and Kepco have asked the court to reject the suit, questioning the link between his radiation exposure and leukaemia, Kyodo reported.

Tens of thousands of workers have been employed at the Fukushima site since the disaster in March 2011. Late last year the government said estimates of clean-up costs had doubled to JPY21.5 trillion ($188bn).