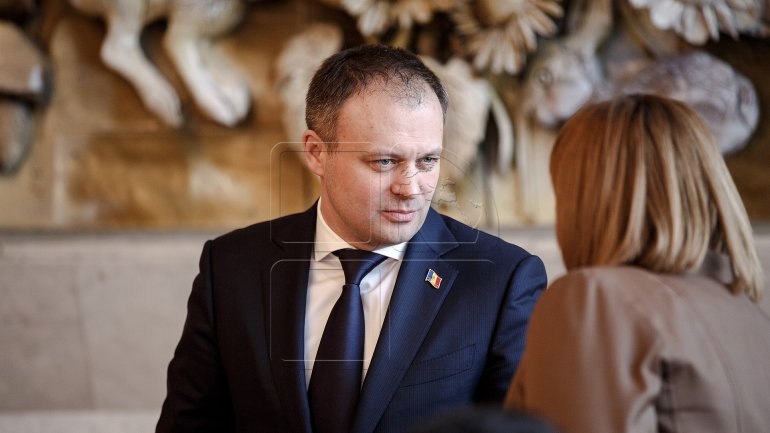 Women mayor want a greater representation in decision-making and promotion to positions of responsibility would change the stereotypes society.

The opinions was expressed in plenary, where 150 women met with Head of Parliament and the president of Commission Administration, about development opportunities in support of women who are leading municipalities.

The event was held for the first time for our country.

During the discussions, women have advocated primary administrative-territorial reform implementation as quickly as possible.

"We would very much like administrative-territorial reform to be as quickly done. Maybe we need to do a change in the Electoral Code rule and the mayor to  be elected every six years " , said Budesti village mayor, Nina Costiuc.

"Most taxes are paid to the state budget and the local governments are set taxes low yield. It is necessary to extend a tax base locally through diversification of income sources" , said the mayor of Palanca, Stefan Voda, Larisa Voloh.

Another problem the society's skepticism.

President of the Parliamentary Commission for Public Administration, Violeta Ivanov said that a more active involvement of women in politics can bring only benefit the country.

"I urge you, dear ladies primary to come up with several initiatives, proposals for improving this dialogue. Practice proves that efficiency, resourcefulness, social responsibility is greater for the management of an organization, an organ of public authority, a woman " , said the President of Commission Administration, Violeta Ivanov.

And Speaker Andrian Candu said that such meetings should be held every six months. The President believes the legislature, namely as dialogue between central and local government will be constructive.

"You are the ones that are closer to the needs and wishes of citizens. You are those who are more exposed to their needs, are the source of initiative at the Parliament of Moldova" , said Speaker Andrian Candu.

898 mayors have registered in the local elections in 2015, of which only 185 are women.
AFLĂ imediat Știrile Publika.MD. Intră pe Telegram