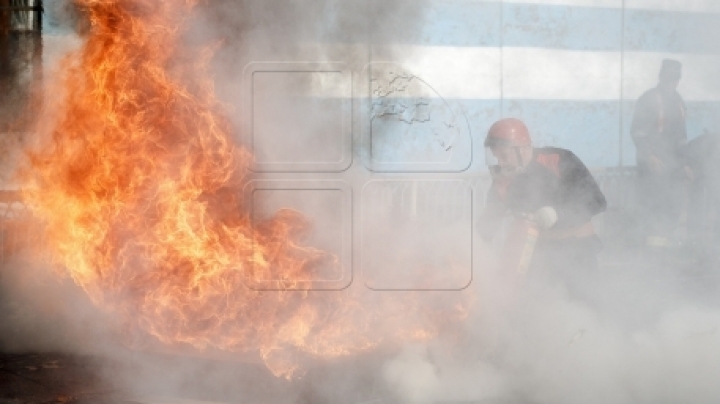 Firefighters have been alerted in the morning, around 06:57 am to intervene in Toceni village and liquidate consequences of bursts, followed by a fire.

A technical unit and four firefighters from Exceptional Circumstances Department were at the spot. When they arrived, rescuers found that the flames swept an area of an annex of 24 square meters.

From operative information, it is known that the fire started after a deflagration produced in the annex housing. Moreover, a 74-year-old woman, the mistress of the house, suffered of first and second degree burns on 15-per-cent of the body. The woman was taken by a 903 crew and was transported to Cantemir District Hospital for further care.

Due to the rapid location of fire, the fire did not acquire extension and thus saved residential house nearby the Annex.

Inspectors will establish the circumstances of the explosion. Prior, one of the assumptions that led to the explosion cause may be leaking of gas from stove.

In this context, firefighters ask citizens to comply with fire exploitation cookers and gas cylinders. They must be installed only by specialists and regularly checked to ascertain their functionality.