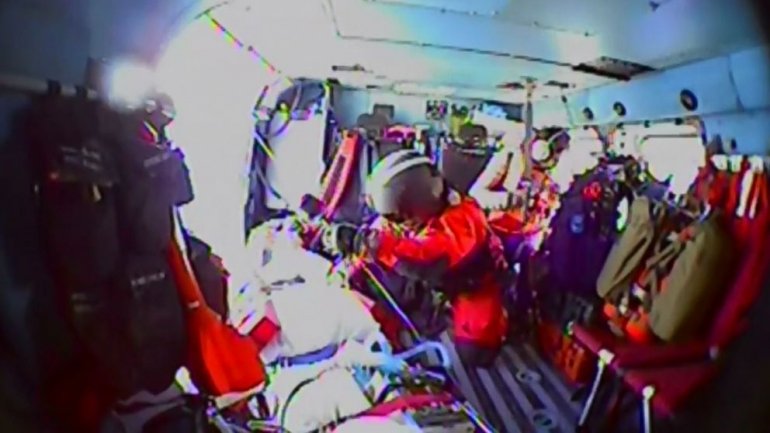 The Coast Guard said its 5th District Command Center in Portsmouth, Virginia, was notified at about 9:55 a.m. that a passenger in distress was on board the Royal Caribbean cruise ship Anthem of the Seas.

The unidentified woman's rescue was captured in the following video, which was released by the Coast Guard.