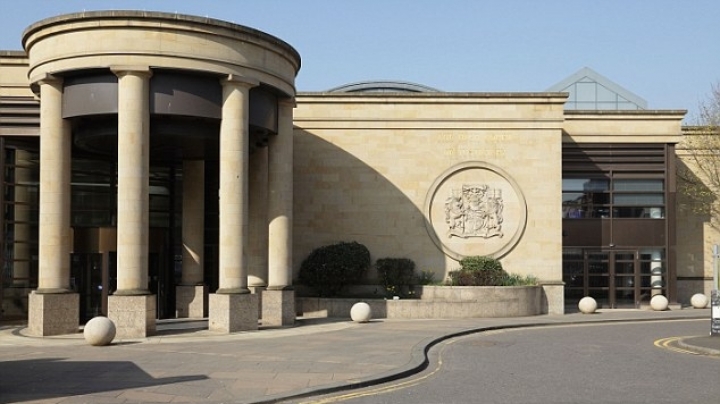 A former female soldier who used a dog training collar to inflict electric shocks on a toddler has been jailed for three years and four months, reports Daily Mail.

Lanna Monaghan, 34, who caused serious neck injuries to the boy, had seen the collar on a pet and said: ‘If it works on a dog, it will work on kids.’

But in the latest blow to the Named Person scheme it has emerged that though her victim had a state guardian it was the NSPCC children’s charity which reported Monaghan to the authorities after being contacted by her mother.

Over 15 months, Monaghan also subjected the toddler to cold showers, bit and kicked him, and hit him so hard with a wooden spoon that it broke.

The campaign of abuse took place in the Highland Council area, where every child up to school-leaving age has had a Named Person since 2010.

The attacks on the toddler, then two, started in Highland in 2014, in the same year that two-year-old Clyde Campbell died of cot death after being repeatedly neglected by his barmaid mother in Inverness.

Both cases have led to criticism that the controversial Named Person scheme, due to be rolled out across the country later this year, is not the safety net promised.

Highland Council refused to provide an explanation of why a Named Person had not acted to stop Monaghan or say how often the state guardian visited over the months Monaghan was abusing the child.

Yesterday at the High Court in Glasgow, judge Lady Rae told Monaghan, who sat in the dock weeping: ‘This defenceless little boy must have been terrified of you.’

The private hire car worker, who served in the Army for nine years, was said to have attacked the child as punishment for not eating his food or for urinating on the floor.

Advocate depute Jane Farquharson, prosecuting, said: ‘She did not appear to recognise the possibility that the child was reacting involuntarily and through fear.’

Monaghan admitted five charges of assaulting the boy at addresses in the Highlands in 2014 and last year. An NSPCC Scotland spokesman said: ‘This is an appalling case of physical cruelty towards a toddler.’

Detective Chief Inspector Vince McLaughlin, chairman of the Highland Child Protection Committee, said: ‘The alert we received about the safety of this young child enabled child protection agencies to respond and act quickly and decisively, to take action to protect this child.’

Police Scotland said the abuse had been hidden by Monaghan. Detective Inspector Nicola MacKenzie, of the public protection unit, said the case had been ‘particularly harrowing’.

Highland Council refused to comment on the child’s relationship with a Named Person, but Sandra Campbell, head of children’s services, said: ‘This child is now legally protected and cared for.’

A Scottish Government spokesman said: ‘The Named Person policy is widely supported by leading children’s charities and welfare organisations, as well as by the Scottish Police Federation.’