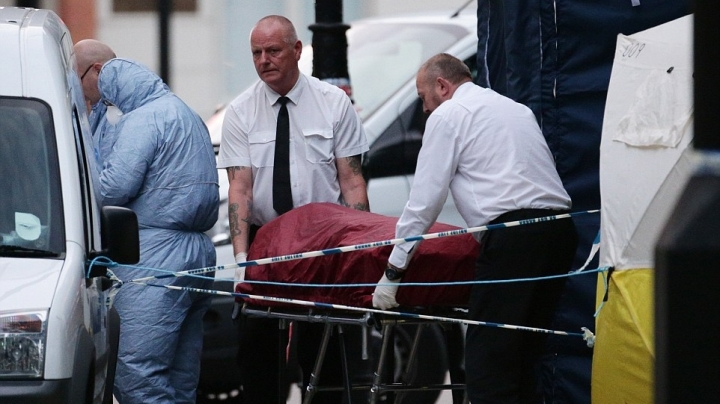 A knifeman has gone on the rampage in central London and murdered a woman in her 60s and injured five more people in a possible terror attack, reports Daily Mail.

Police were called to Russell Square at 10.30pm last night after the suspect, 19, chased and stabbed pedestrians in the back, side and arms who were left 'screaming and covered in blood' on the pavement.

He was arrested on suspicion of murder after armed officers Tasered him to the ground and after a night in hospital has been taken into custody at a south London police station.

A woman was pronounced dead at the scene and two women and three men were taken to hospital. Three have since been discharged.

The killer's knife was abandoned on the pavement next to the body of the unnamed victim, which remained under a forensics tent overnight and was taken away by ambulance this morning.

Hotel staff on Russell Square, an area always packed with tourists, said the attacker was 'just going for anyone he could see' before he was shot with a Taser and pinned face-down by police.

Scotland Yard's top anti-terror officer Mark Rowley gave a press conference outside Scotland Yard at 3.40am and said the 19-year-old appears to have 'significant mental health issues' but admitted terrorism could be a motive.

The Met will send scores of armed officers on to the streets of the London this morning - including members of its new elite counter-terror unit - to reassure the public and in case there is a new attack.