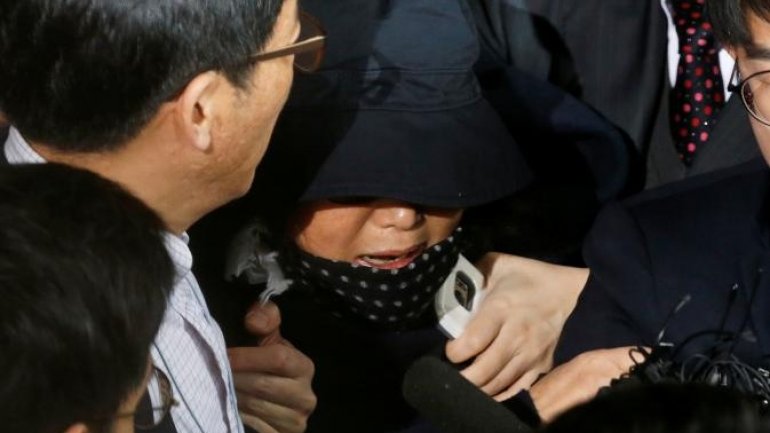 The woman at the center of a South Korean political scandal begged forgiveness on Monday as she arrived to meet prosecutors investigating allegations she used her friendship with President Park Geun-hye to influence state affairs and gain benefits, Reuters informs.

Choi Soon-sil, wearing a hat and scarf and covering her face with her hand, pushed her way through a scrum of journalists and protesters demanding her arrest and Park's resignation, losing a shoe in the melee, to enter the prosecution building in Seoul.

"I committed a crime I deserve to die for," said Choi, according to pool reporters who followed her into the building, using a Korean expression to convey deep remorse.

Choi returned to South Korea early on Sunday from Germany, where she had been staying, and was ready to answer prosecutors' questions, her lawyer said earlier.

She had been under intense pressure to return as the political crisis engulfed Park over allegations that she allowed Choi to use her friendship to exert improper influence and reap benefits.

Thousands of South Koreans rallied on Saturday seeking Park's resignation over the scandal. They said Park betrayed public trust and mismanaged the government, and had lost a mandate to lead.

Opposition parties have demanded a thorough investigation but have not raised the possibility of impeaching the president.

Park is in the fourth year of a five-year term and the crisis threatens to complicate policymaking during the lame-duck period that typically sets in toward the end of South Korea's single-term presidency.