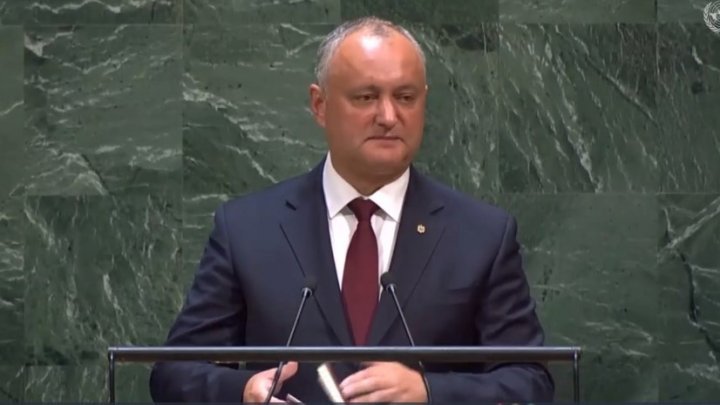 President Igor Dodon would have promised Chisinau International Airport to a Russian investor, why he insists on canceling the airport concession contract, says economic analyst Christina Petru, in an article for Intellinews. According to Petru, the Russian businessman would press Igor Dodon because he wants the airport as soon as possible.

Christina Petru believes that the head of state reminds Europeans that he would have a balanced foreign policy, but in fact he represents Russia's interests. Asked by Publika TV, the press service of the Presidency declined to comment on the information in the article.

According to the author of the article, President Igor Dodon would do everything possible to cancel the airport concession contract, even if that would mean that substantial damages from the state budget, ie by Moldovan citizens, will be paid.

Christina Petru cited an interview with Igor Dodon in the Russian press. The head of state said that the airport should be back in state administration and that our authorities are ready to negotiate with all interested investors, including those in Russia, who are already known to us. Christina Petru spoke with four members of the Chisinau Parliament, who said that there is pressure on both the legislature and the judiciary, to make it possible to cancel the airport concession.

The involvement in this scandal could mean the end of the presidency of Igor Dodon, writes the economic analyst. In this case, adds Petru, the Chisinau Parliament would have sufficient reasons to start the procedure for dismissing the head of state, and Maia Sandu, if she had the political will, could gather the necessary votes in the legislature. With reference to the balanced foreign policy that Igor Dodon praises for promoting, the analyst considers that there is only dust in the eyes for European leaders.

In fact, he serves the interests of Russia and wants to have absolute power in the state, following the model of Belarusian leader Alexandr Lukaşenko. Christina Petru refers to Igor Dodon's blog, opened since 2010, where he expressed his Eurosceptic views and praised Russia, and pro-European leaders in Eastern European countries.

According to the analyst, now he is turning into a defender of the agreement and a balanced politician, who wants good relations with both the West and the East and promises to fulfill this roadmap. Finally, Christina Petru concludes that the Republic of Moldova will not reach the level of development it aspires to as long as Igor Dodon has in his hands the reins of leadership.

However, he will not be able to be removed if there is no will from the pro-European political forces in Chisinau. According to several analysts, Maia Sandu would hold the position of prime minister, regardless of the transfers made in relation to PSRM and Russia, and the bloc ACUM will remain in history as the conventional pro-European force that ceded Moldova to Moscow.