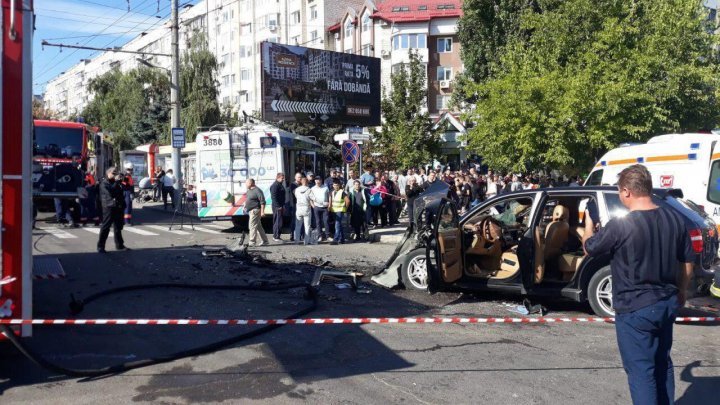 According to the witness to the incident which occurred this afternoon between Porsche car and a trolleybus, the car female driver sped up and rammed into the trolleybus full of people.

"The bus was going by the book but the car was speeding up", says a witness.

"She was driving so fast, she was flying", says another witness.

- Did the trolleybus hit people?

- No. It jumped on sidewalk but nobody was there. Its passengers suffered a lot.

According to the chief of Emergency Medicine Department Igor Curov, a person was killed and 22 persons were transported to hospital including a person in extremely grave situation.