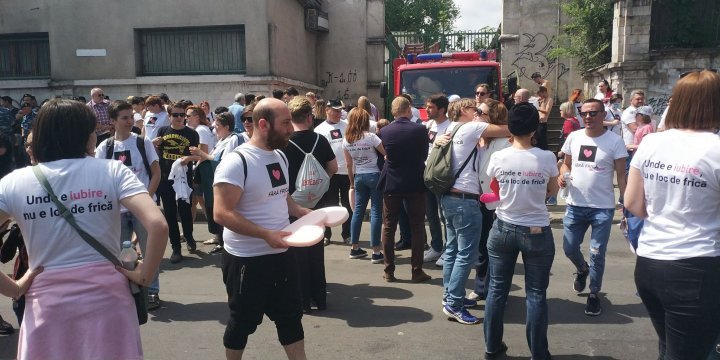 Representatives of the LGBT community are organizing today a parade in downtown Chisinau. The march takes place in the No Fear campaign, which aims to combat homophobia.

Accordingly, the aim of the march is to raise awareness about LGBT people's rights in the Republic of Moldova by initiating talks about fear, a feeling that unites all the inhabitants of our country. Participants in the match wear White T-Shirts with the "No Fear" campaign logo.

The LGBT community support march takes place for the sixth consecutive year, it is authorized by the City Hall of Chisinau municipality and secured by the municipal police.

PUBLIKA.MD reminds that: The Metropolitan Church of Moldova has asked the Chisinau City Hall to ban the organization of the No Fear March organized by the sexual minorities.
AFLĂ imediat Știrile Publika.MD. Intră pe Telegram