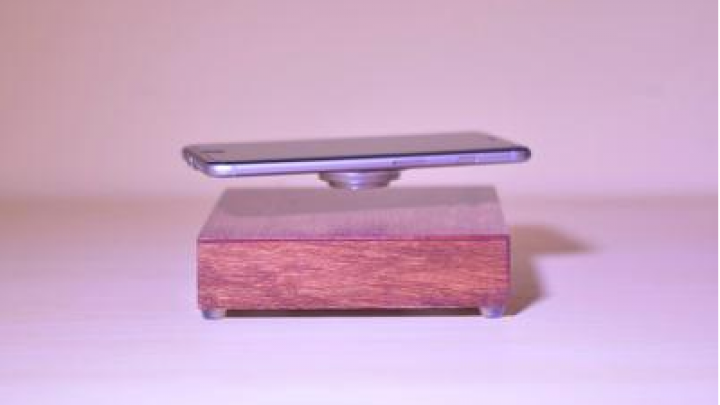 While wireless chargers are yet to gain popularity, a Canadian design company named AR Design wants to make them look cool. The company is running a Kickstarter campaign for its levitating wireless charger that will recharge your smartphone while making it float on air reports indiatimes.com .

The gadget called OvRcharge has been backed by around 159 people and has already reached its goal of CAD 40,000 on Kickstarter.

"By combining the induction charging and magnetic levitation we got OvRcharge. A wireless levitational charger, that is not only suspend the device in the mid air and holds its altitude, but also charge and rotate it as well," said the company

"Charging base is the thing behind all the science, it is made of wood and has two functions Magnetic levitation and wireless charging. This unit is powerful enough to levitate 600 Grams unit and charge it," it claims.

"OvRcharge stops charging the phone when battery is full but still levitate and rotate the device until it is removed.You can use it to charge your phone or just to float it," adds the company.