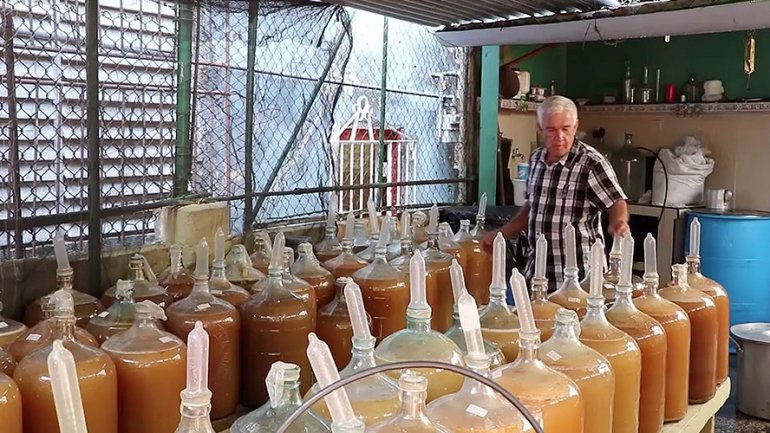 There’s no shortage of condoms in Cuba thanks to a public health program that has seen them utilized for more than just sex. Winemaker Orestes Estevez has turned the contraceptive into a cheap device that tells him when his produce is ready to pour, rt.com informs.

“I leaned towards using condoms because they are very cheap and cost 50 Cuban pesos. I also found out that using this method, I could obtain a higher level of alcohol in the wine and the condom also functions as a good indicator of when the wine has finished fermentation,” Estevez, the owner of the El Canal winery, told RT.

Estevez and his wife stretch the condoms over the mouth of the glass jugs, which are filled with wine and his secret mixture. The condoms inflate as the fermentation process creates gas and then deflate when it is complete.

As the condoms do not have valves allowing for a slow release of gas, as are used in most wineries, they are pricked with a pin.

“Putting a condom on a bottle is just like with a man,” he told AP, as reported in the New York Times. “It stands up, the wine is ready, and then the process is completed.”