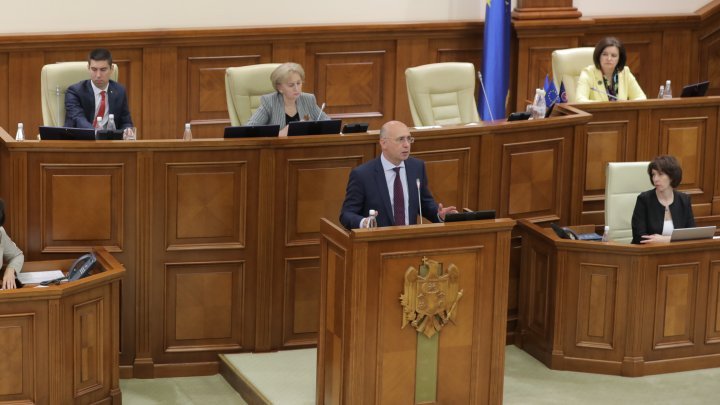 The President of the Democratic Party Pavel Filip has delivered a profound speech in the parliament plenary. According to him, the MPs are not examining the possibility of dismissing the Government but the decision that Maia Sandu will leave the government.

"PDM will vote for the dismissal of Maia Sandu", said Filip.

Pavel Filip also stated this Government will make history for its failure to implement projects for people in the past five months.

"The people yet to know if they have gas in the winter because the Economy Minister failed to come to the Parliament to answer the questions. You only managed to raise price, taxes and the effects will be felt in the next months when the laws will come into force", added PDM leader.

Pavel Filip also mentioned the Government had not approved the budget for 2020 because "the government does not have professionals working while the real professionals were dismissed and replaced by relatives of officials".

He was of the opinion that bloc ACUM lost its power for it has not had coherent messages since Vlad Plahotniuc left. Bloc ACUM didn't cope with any challenges while coming to power.

"You held some rigged competitions and cancelled the results when you did not find the right persons.

You can't exist without Vlad Plahotniuc. Plahotniuc helped you come to power and then you failed without him. But the Democratic Party is functioning without him", said Filip.