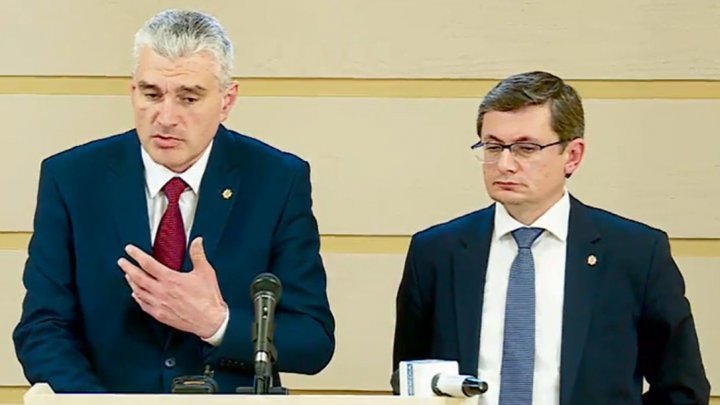 The law on the prime minister's assumption of responsibility still keeps the main essential procedure for the appointment of general prosecutor: prime minister will only propose Prosecutor Superior Council candidates but the head of state will be the one who accepts or rejects the candidacy. President of PAS faction Igor Grosu has made the first statement after the meeting with President Igor Dodon.

According to him, the PSRM discontent with the new law is nothing but a frustration.

Moreover, the decision to amend the law was made to cleanse the system, PPDA faction President Alexandru Slusari confirmed. He also said the PSRM MPs were proposed to vote today the modification to the law on the Prosecutor's Office.

The deputies of the bloc ACUM declined to say if they would withdraw the bill by 15:00 at the PSRM's request. They are ready for any scenario including the motion, the MPs concluded.