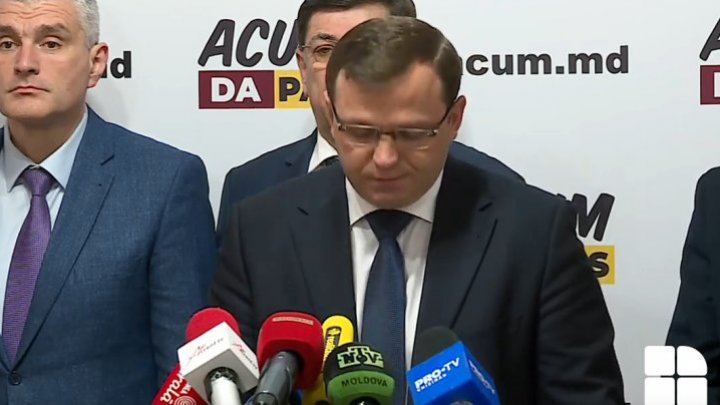 Andrei Nastase admits defeat in the electoral campaign for Chisinau City Hall. In a press conference, the leader of PPDA announced he would return to the Internal Affairs Ministry.

Speaking in public after the local elections, Andrei Nastase believed his party or the bloc ACUM laid a solid foundation for local public administration.

"The general local elections are over, the electoral passions are over. It's time to draw the first conclusions. The bloc ACUM and the DA platform achieved a good result in this election and we will have a large number of mayors and counselors although this was our first time to participate in the local elections.

We laid a sound foundation for a competent and integrated local public administration, closer to the aspirations of the citizens. We believe that strengthening the autonomy of local finances, decentralization and recalibration of the territorial administrative structure are major priorities that we will promote on the legislative level, but also through the practical transposition of the existing norms and laws.

Regarding the election in the municipality of Chisinau: first of all, I would like to thank all the residents of the Capital and the suburbs, who voluntarily went out to vote, regardless of their election option", said Andrei Nastase.

"I want to assure him that all our counselors will support any proposed project that benefits the Chisinau citizens. It's not an alliance but the projects and concrete measures that bring values to the citizens. No matter where I am, whatever position I hold, I will help everything I can".

Andrei Nastase's moving to carry on reforms in the Internal Affairs Ministry, he said.

"I reaffirm my unwavering commitments to the citizens of Chisinau. I learned to fight for justice and a better life, on the street, together with you, the people of this country, many years ago. We must remain united, as determined in the service of dignity and truth", said Andrei Nastase.