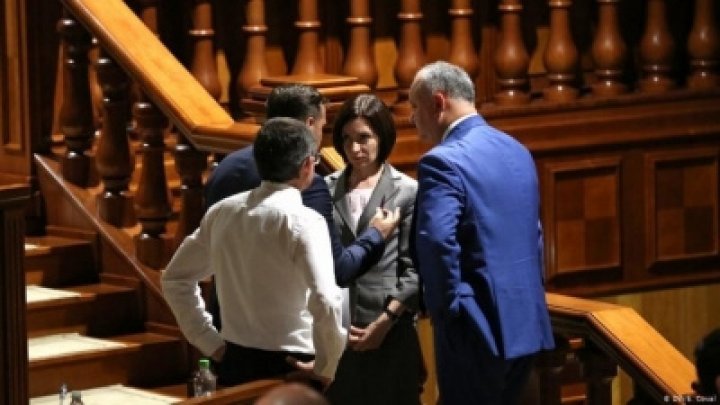 Maia Sandu conditions the signing of a new agreement between the bloc ACUM and the Socialist Party. She indicates that former Socialist deputy Vladimir Ţurcan must be resigned as Constitutional Court President. The statement was made in the context of the announcement of the socialists about the need to sign a new collaboration agreement.

After the PSRM Republican Council meeting, the President Igor Dodon said that the three parliamentary factions must sign a new collaboration agreement and his project is already prepared.

Also, the Socialists claim that they are ready to sign this agreement as soon as possible.

"We are ready right now to sign in front of you. It's elaborated. We just need to sign", said Ion Ceban.

Co-president of the bloc ACUM Maia Sandu is more reluctant to sign such a document.

The temporary political agreement between PSRM, PAS and PPDA was signed at the beginning of June. The only MP who has been against it is Octavian Țîcu.