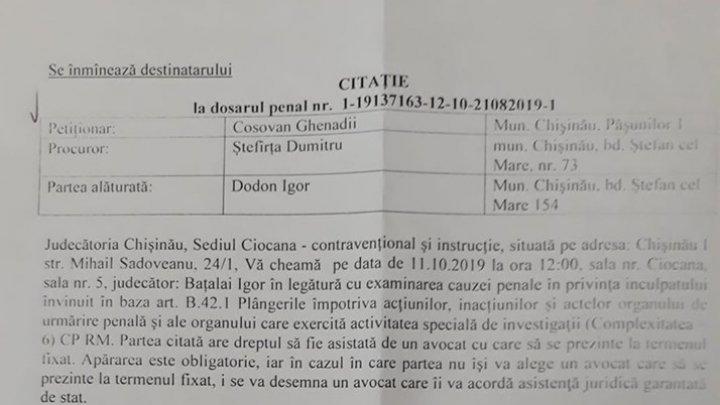 "Prosecution's Office refused starting criminal case against Dodon for treason. Dodon, I will wait for you on October 11 at 12:00 in Ciocana Court", wrote Cosovan on Facebook.

Asked by Publika.md, Ghenadie Cosovan declared that he was ready to reach the supreme court. 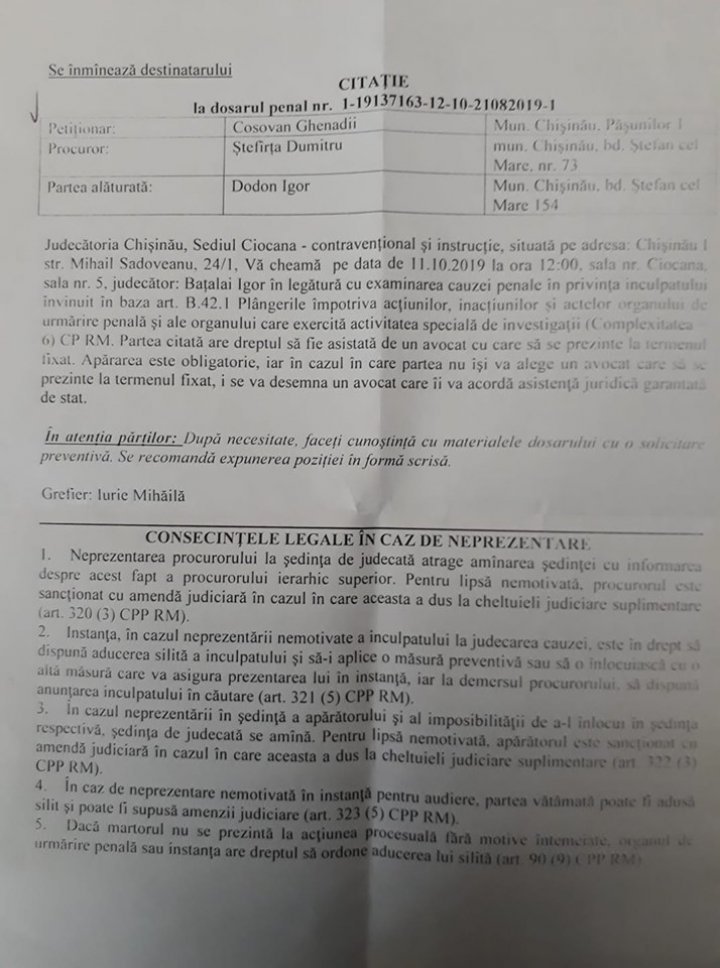 According to a video published on Publika.md, President Dodon tried to persuade PDM representatives to undertake a series of anti-constitutional actions including signing a accord to federalize Moldova