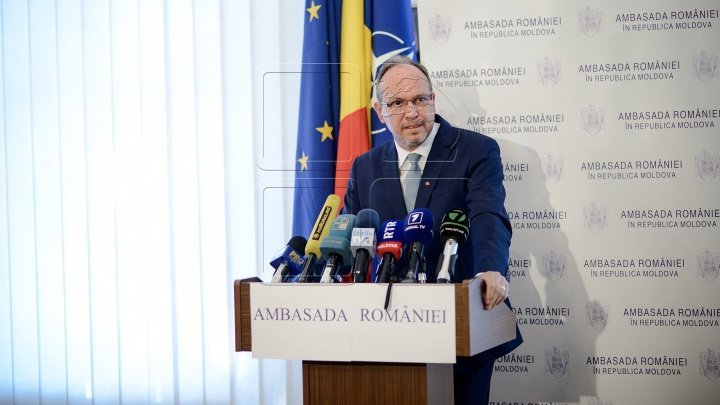 Parliament elections from Romania play an important role not only for Romania but also Moldova as long as our country sustains strong interest to enter Europe, said Romanian Ambassador Daniel Ioniță at a press conference.

"Moldova is a charter member of the Eastern Partnership. Moldova remains interested in boosting collaboration relations with EU and European Parliament is a fundamental institution to ensure political stability including the relations with Moldova. That parliament will be formed by political families who have the large representations in Europe."

"On the one hand, they have direct connection with Moldova's political parties. On the other hand, they will ensure political stability which will affect Moldovan people", added the Ambassador.

"The Parliament elections have a stake for Moldova as long as the country remains the strong interest to enter Europe", said Daniel Ioniță.