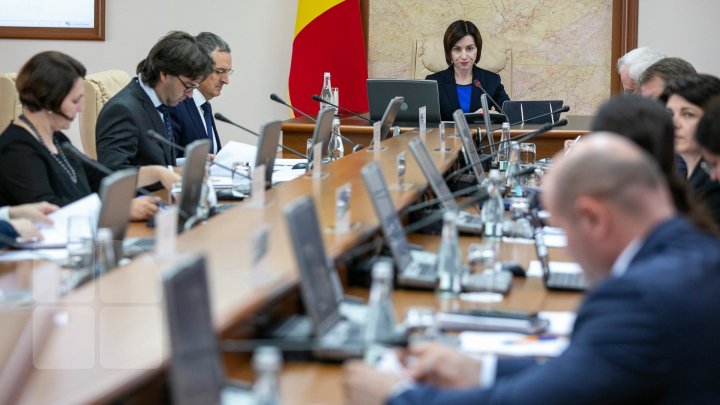 Sandu Government's Ministries published their financial statements, excluding the Head of Justice, who the last came into function. It might seem incredible, but those who have come from diaspora, gave up their annual hundreds of thousands of Euros income jobs in favor of a Moldovan salary.

According to the financial statements presented at the National Authority of Integrity, in 2018, the top earner is the Foreign Minister, Nicu Popescu. He showed an income of about 190 000 Euros and 11 400 Pounds. His family declared three apartments, a villa and a Suzuki car, made in 2017.

The Minister of Finances is on the second place at the financial chapter in the Sandu Government top earners. Natalia Gavrilita earned in 2018, 103 000 Euros and also declared an apartment and two cars.

The Economy Minister, who came to Moldova from USA, earned last year 85 000 USD, but he got a lot more properties. Vadim Brinzan has five apartments, three of them being bought in the last two years, a villa and a house of 650 square meters. More than that, from the financial statement, Brinzan only recognizes the new cars. He got five cars, all being bought in the year of their production. Among them are luxury cars like Porsche, Lexus and Mercedes.

On the 5th place in this top is the Minister of Agriculture, who owns two apartments and a car. The last year, Georgeta Mincu earned an 350 000 MDL income.

Vasilii Sova earned in 2018 almost 170 000 MDL. The vice-PM of Reintegration, former counselor of the President Igor Dodon, also owns a house and an apartment.

With 10 000 MDL less declared the Defense Minister, Pavel Voicu. He got two houses with a total surface of over 350 square meters, a garage and a building.

The Education, Culture and Research Minister, Liliana Nicolaescu-Onofrei, won in 2018 over 90 000 MDL and 3 000 Euros. She owns two apartments and drives a Honda car.

Even it may seem impossible, the PM Maia Sandu had a monthly income less than 1 000 MDL. For 2018, she declared less than 500 USD earnings and 500 Romanian leis. The Head of Ministries Office lives in an apartment of almost 75 square meters and drives a Toyota car, bought in 2012.

The poorest in the Government is Andrei Nastase. He affirms earning nothing in 2018 and that his wife maintained him. Despite all of that, he recently bought a Volvo XC 90 for which he paid almost 42 000 Euros. In the statement is shown that his wife earned about 100 000 Euros salary from a German company. Andrei Nastase's family also declared multiple real estates, among which an apartment, two houses, a garage and other seven buildings with uncertain destination.

We haven't found the financial statement of the Justice Minister, Olesea Stamate. The institution's employees told us that they don't have for now the document and Stamate has still 30 days to present it.
AFLĂ imediat Știrile Publika.MD. Intră pe Telegram